Designed to be a multi-generational home for 3 generations, the design premise of these 2 unrelated family homes (who just happen to be very friendly neighbours) focuses on future possibilities of expansion built upon an older original base.

These two projects are reconstructions, not new builds. In the design, we see the existing structures as design generators, not encumbrance. We hope to strike a dialogue between architectural posterity and our own very real Asian practice of multi-generational living. This playing off between 2 generations (of man and of house) should manifest in formal design expression as well as narrative through program.

If existing housing structures had contained an earlier generation of people, their lives, their families, their successful futures, then the reconstruction and introduction of new areas is another generation of building, of people, of lives. The parallel of generational architecture and life, and that new life is borne from the old, so too that the old building footprint remains a stoic and strong structure around which new spaces are now ordered.

The original structures remain integral to the design of the new architecture. Two systems (new and old), oscillating between two realms (architecture and people), GAD explores two different ways (at 1 and 1A) amidst potentially myriad of possibilities.

Here, there was existing area for expansion towards the rear that tapers into a triangle. The Client’s brief was for a new pool and to design an extension that would provision for the possible purchase of remnant land at the rear. It was the Owner’s intention to have a future annex built for the 3rd generation at the rear later on.

Our design intention was to maintain the original structure as the “core” of the house, around which new spaces and structures were added in the form of folded planes, reminiscent of DNA helix. Three continuous planes, each folding and wrapping itself around the core, help structure and organize surrounding spaces based on the functions and users of the family.

These also answer to the structural design intention of having column-less, large-span spaces supported by stacked portals thus creating large continuous spaces at the new areas of the house. Each folded plane carries the program of one of the three generations. For example, the first plane is a structural shear wall that folds first from ground up at the new living room, then carrying the floor above across a large span of living, pool and dining room before turning down at the existing structure. This would be the first generation dialogue between the old and the new family spaces, expressed in con-wood.

On this first floor, is where the matriarch of the family resides. The second plane is stacked on the first, carrying a double volume space at the living room, sheltering part of the pool for an indoor-outdoor experience, then folding onto the wall that weaves in and out the children’s rooms at the 2nd storey. This is the second generation of new, expressed in textured white planes. This is primarily the master bedroom suite and children’s and guest bedrooms. The third generation is the entirely new attic floor and its roof that straddles like a large portal over the existing house structure entirely from front to back. This newness is expressed in coloured off-form concrete with timber grains. Here, houses the children’s study and play lounge.

The architecture of the house plays with the expressed inter-weaving of the three different planes and the parallel programs they support for that generation of people. 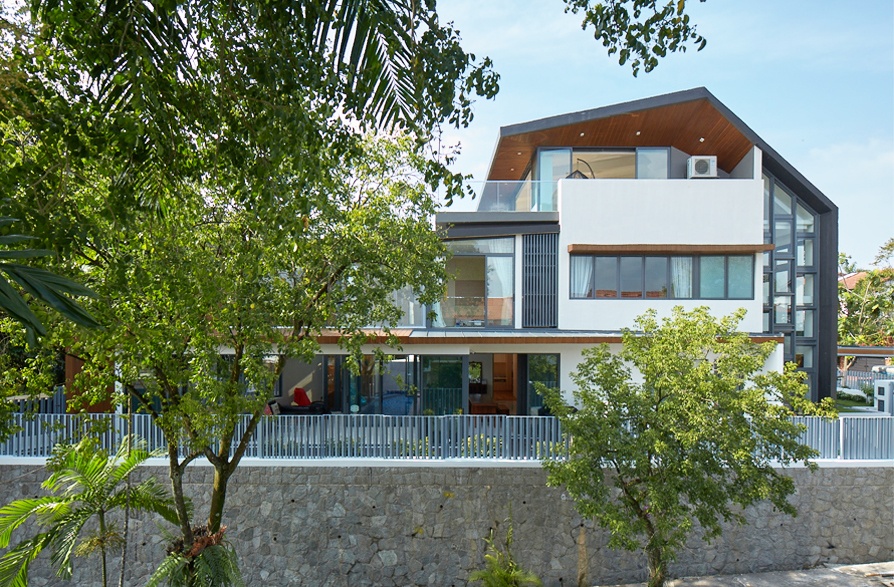 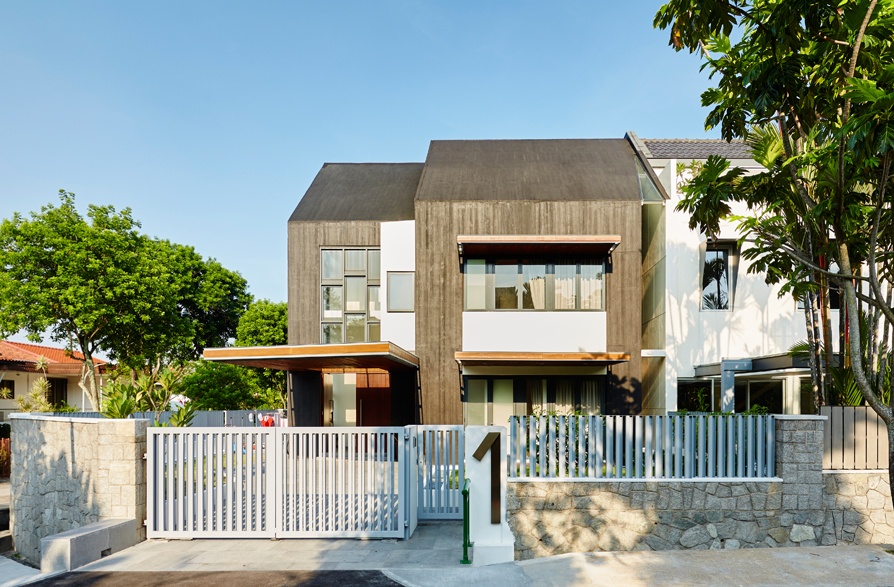 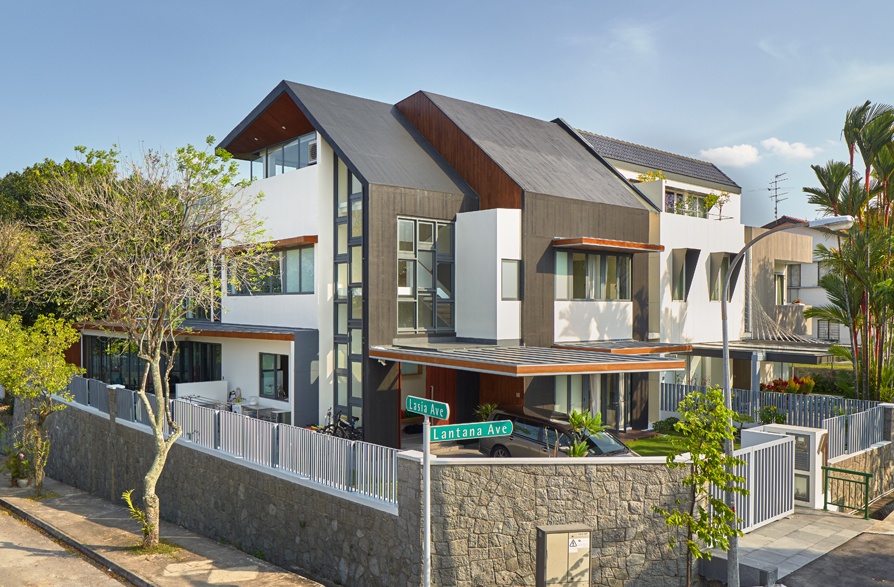 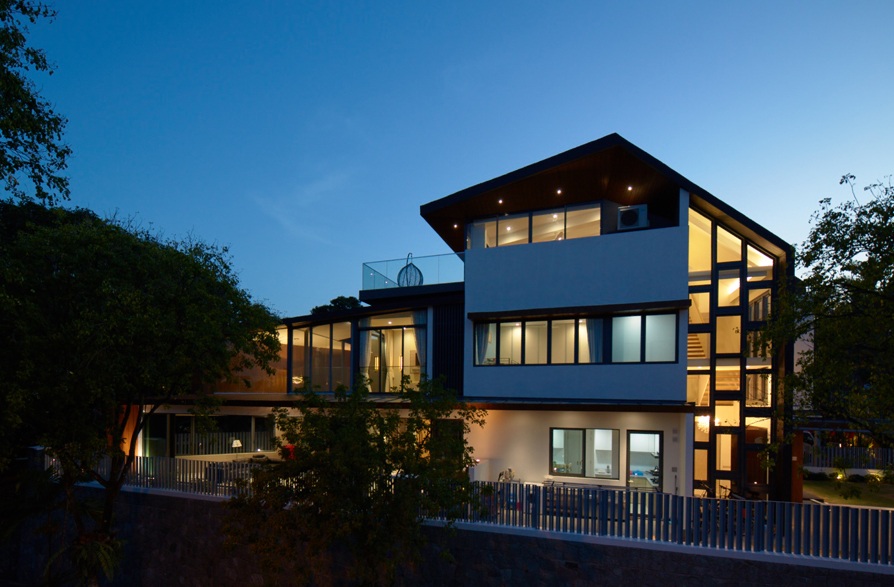 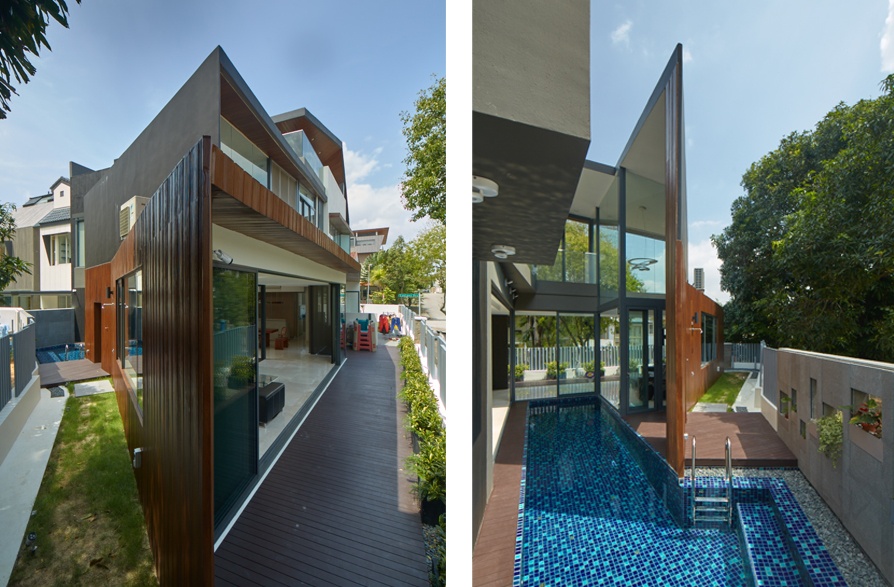 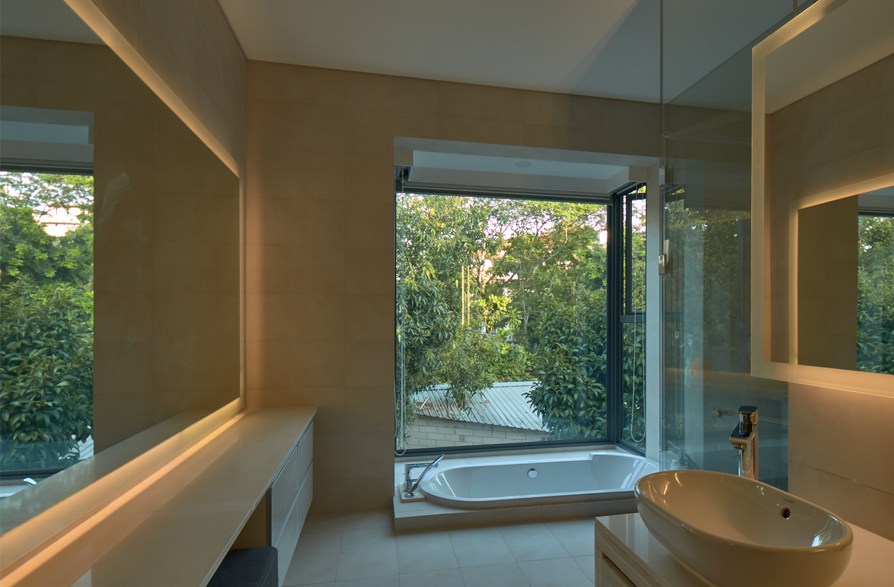 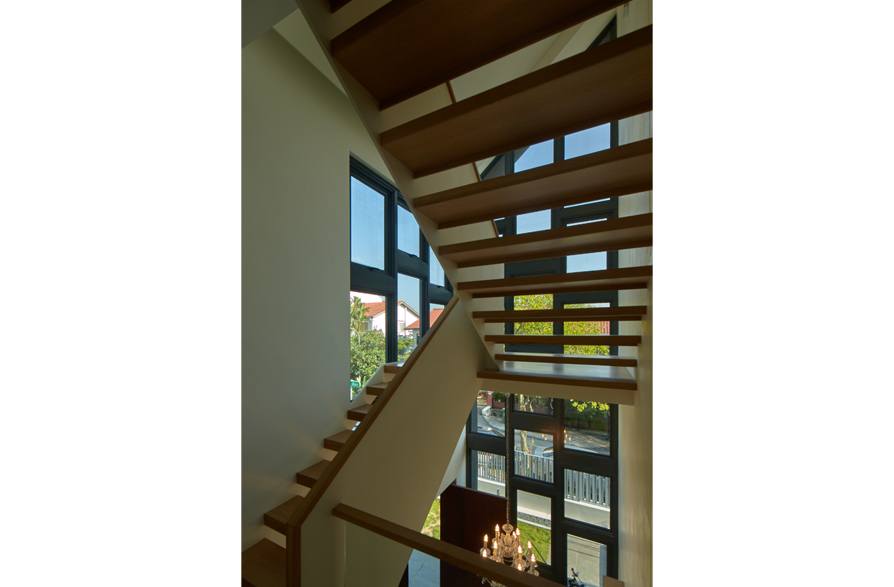 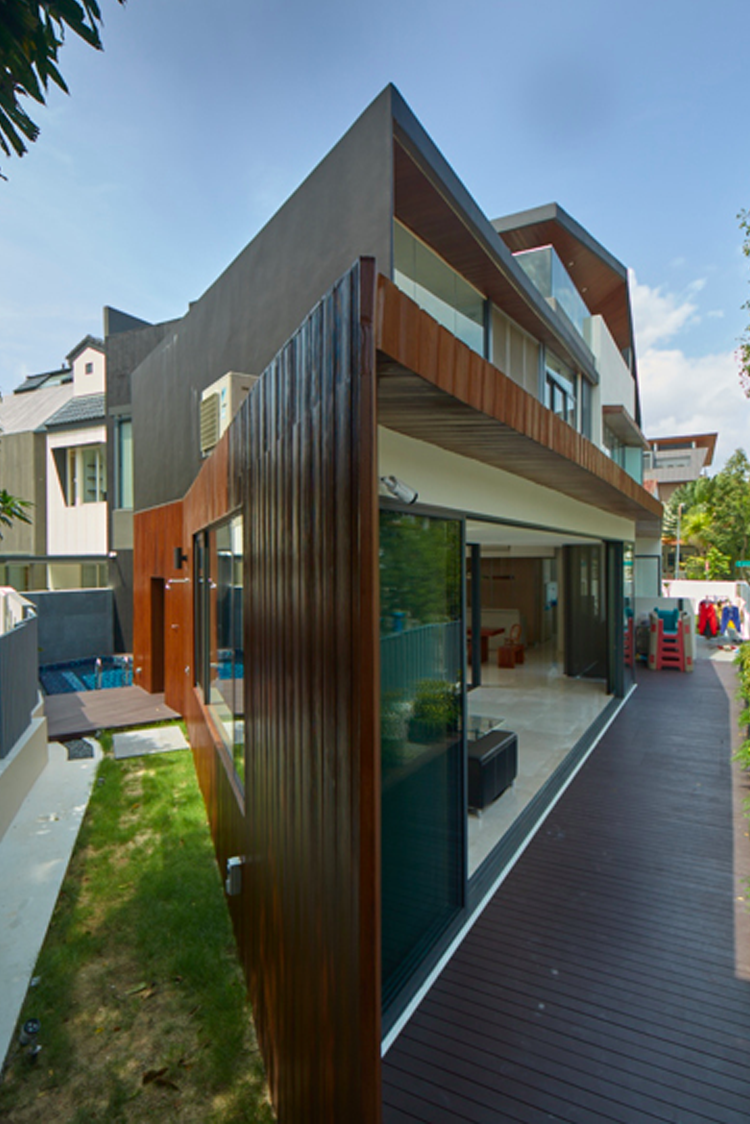