A west-facing front facade of house, squarely up on the top of a hill, against direct sun at the end of an unobstructed road. The direction of sun was the driving force behind the design generation of this 3-and-a-half storey house and the house responds to it as the living mechanism.

Tapping on heliotropism, the first design response was to embrace the western sun such that every facet of the front facade would tilt and angle toward the sun's path as it moved from east to west, from back to front, like a sunflower.

When solar panels proved too costly, the reverse of the strategy proved to still be relevant: that the passive shading of the sun's direct. We used travertine as a sunscreen because we wanted to challenge the usefulness and the character of natural stone as something more than an inert decoration, appreciated only on one side.

From the road, the travertine absorbs the colour of the sun and reflects its glare at various angles, creating a dynamic facade of ever changing for the streetscape. From the interior rooms over 2 floors, the backglow of diffused light from behind the travertine creates a natural "feature wall". Similarly, the shadow cast into the rooms are multi-directional and changing with times of day. Stone does have more than 1 side. At the rear, which faces natural gardens, pockets of garden balconies are "plugged" into the natural eastern facade. 'Suspended' gardens and a 2-storey greenwall bring the garden to the doorstep and into the house. 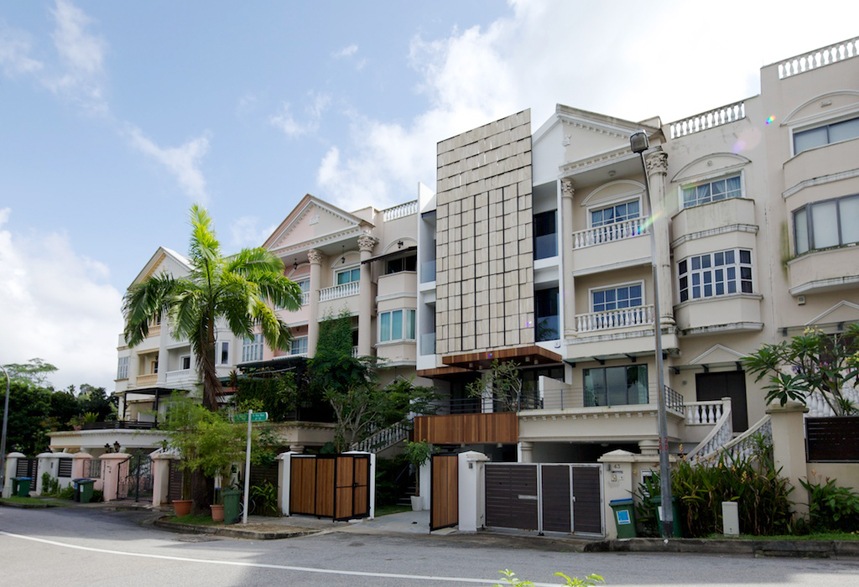 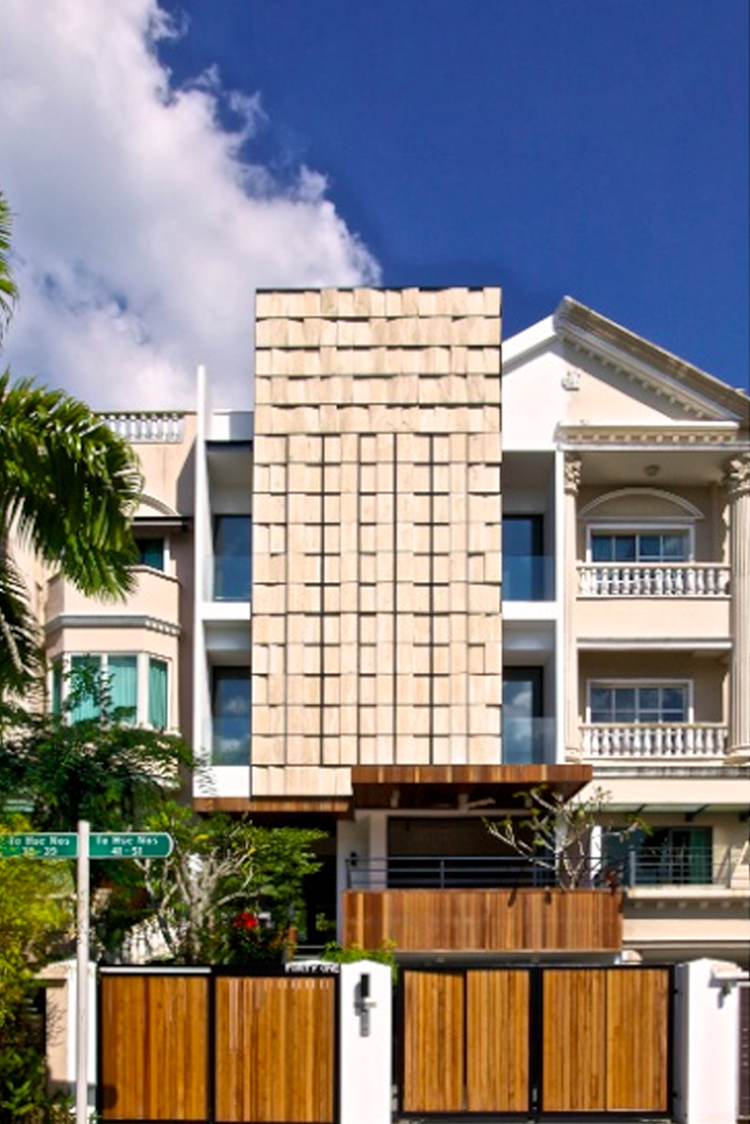 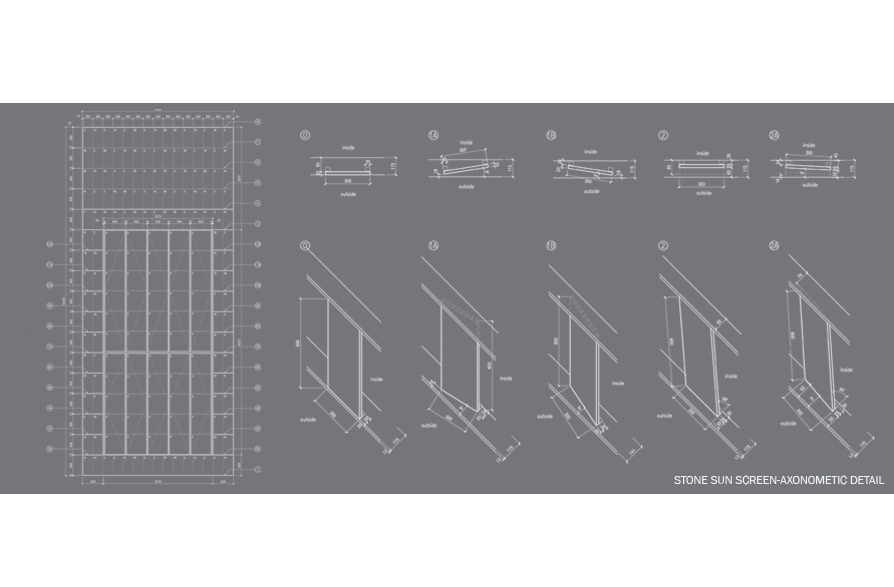 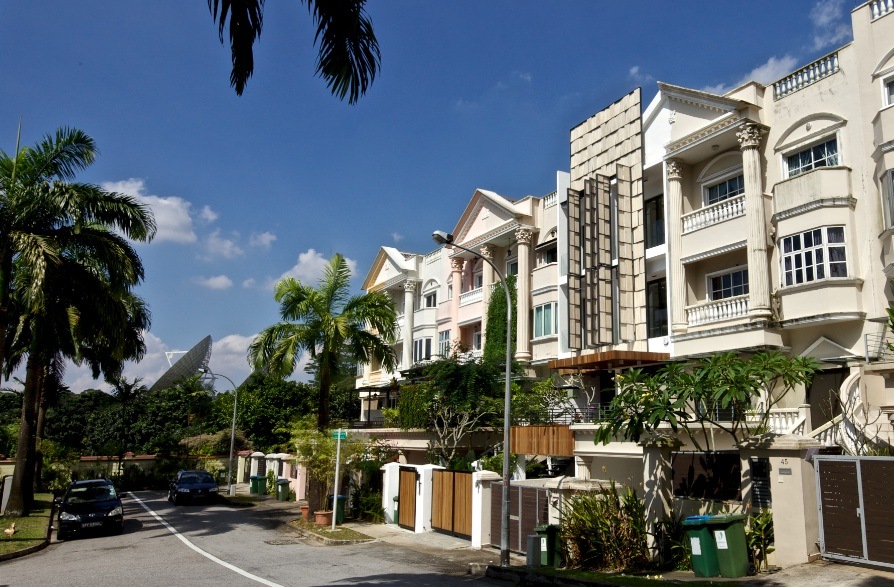 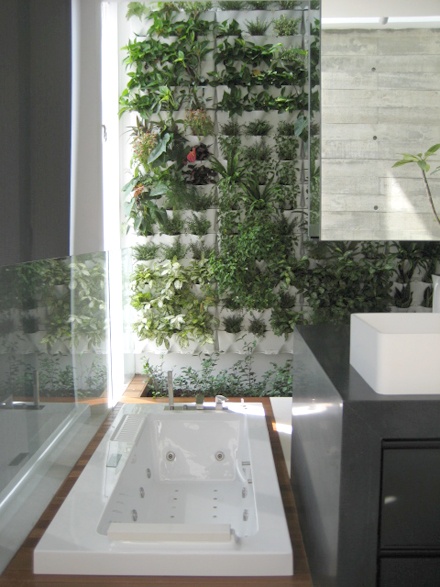 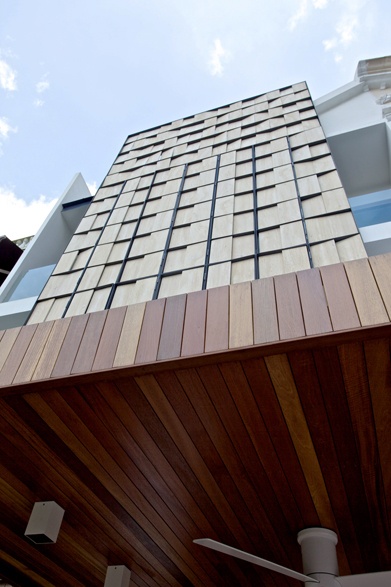 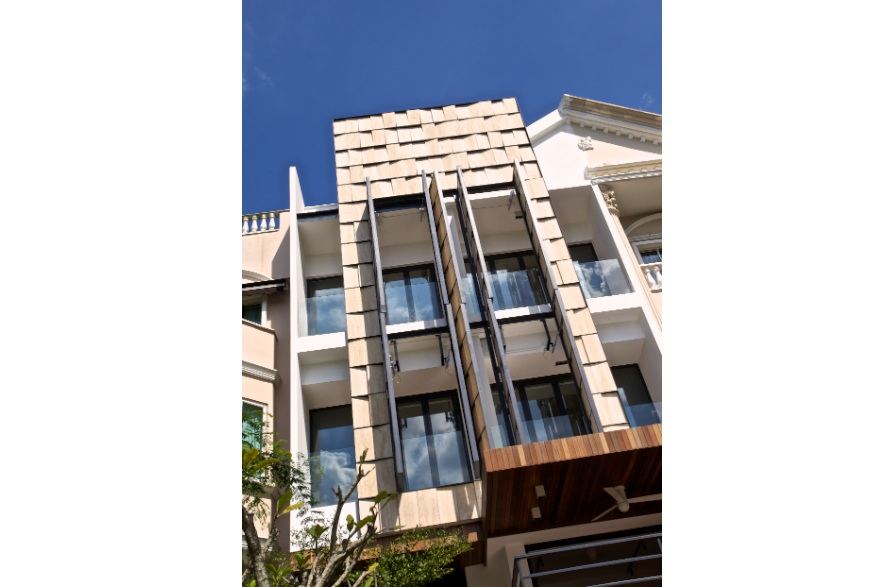 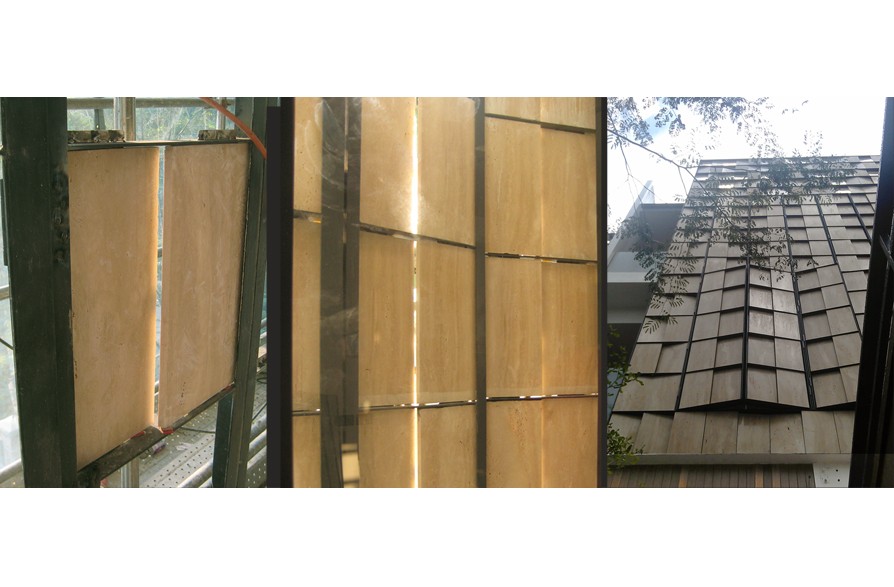 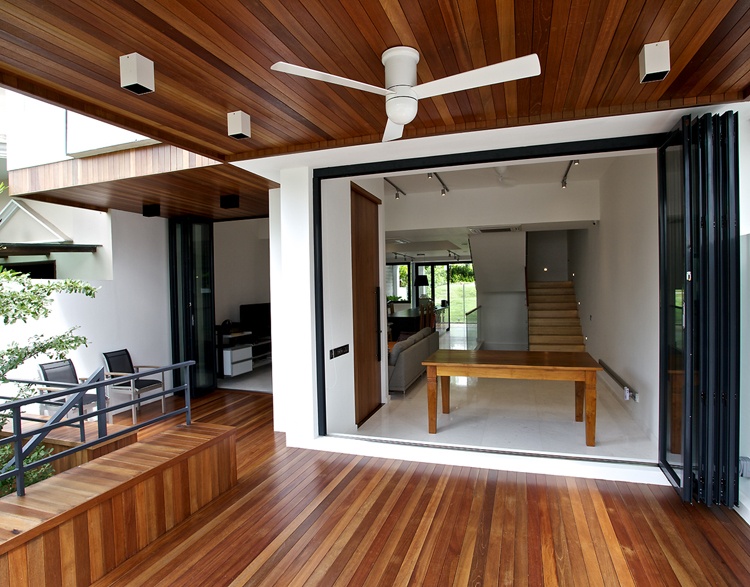 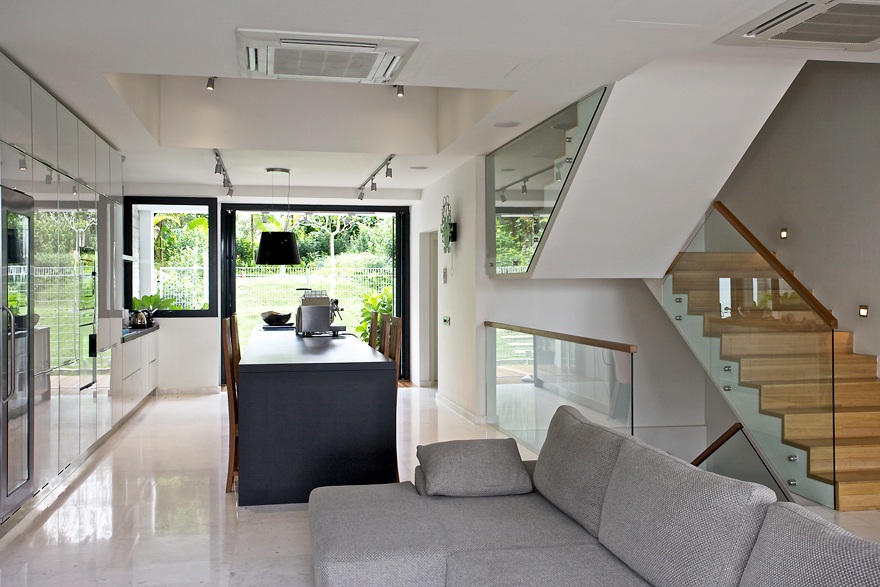 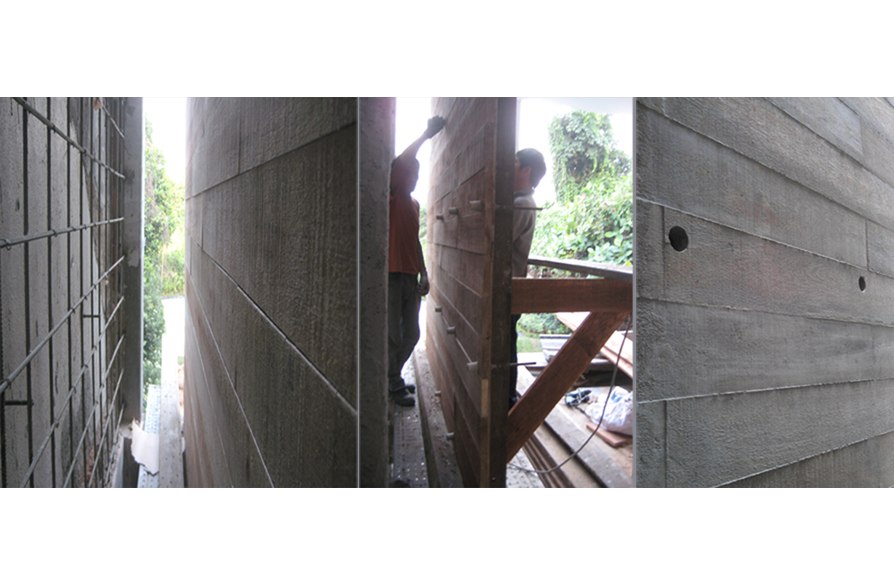 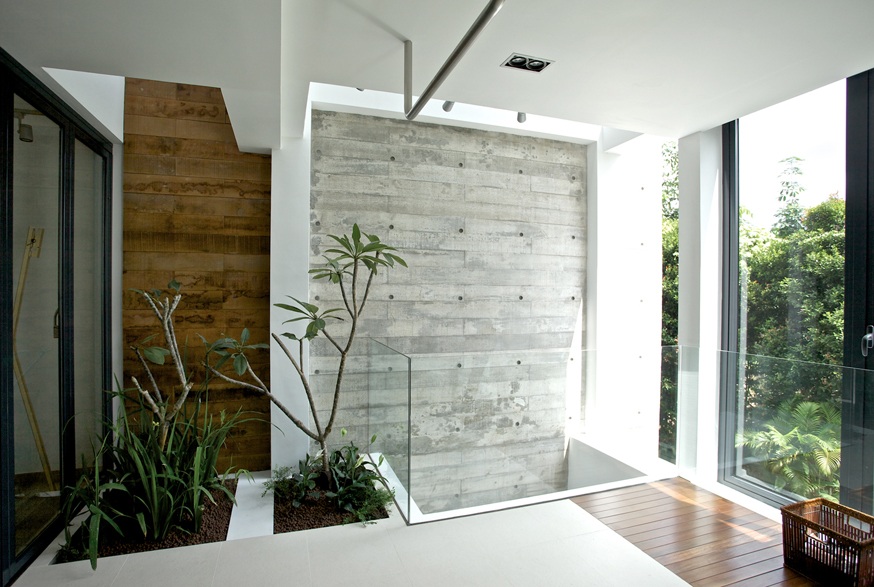 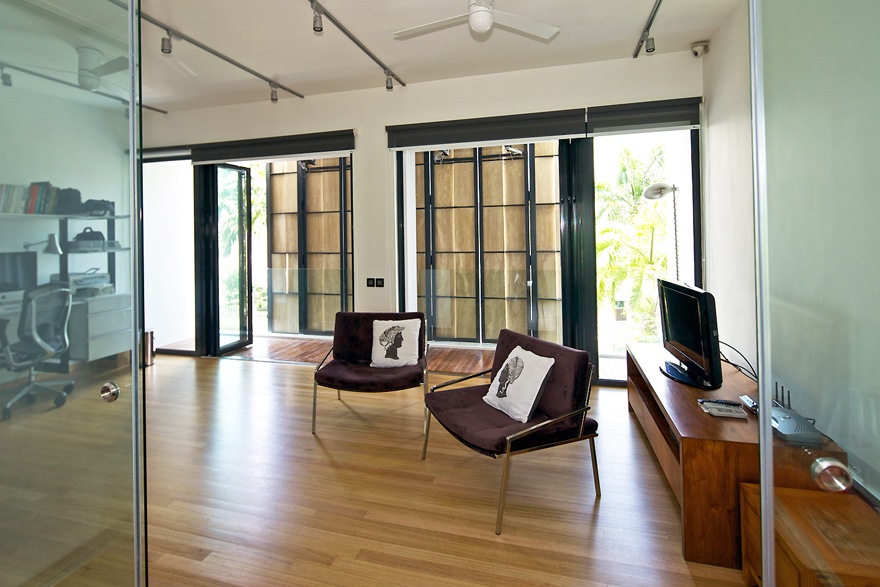 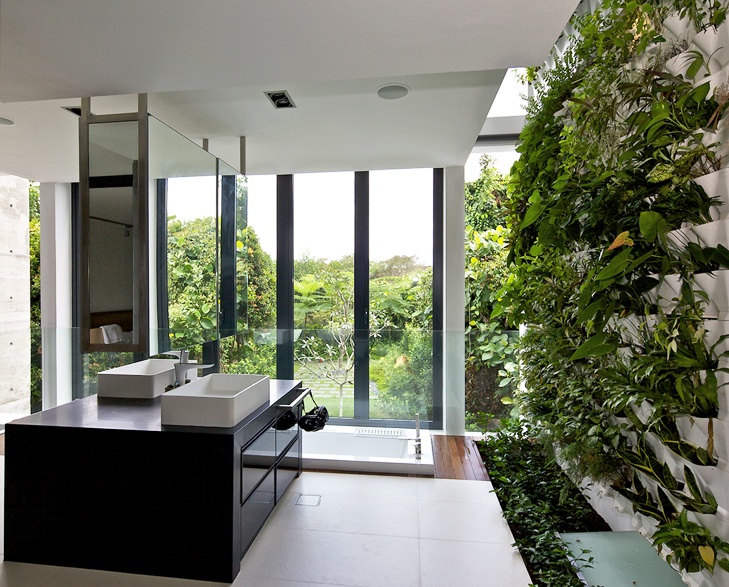 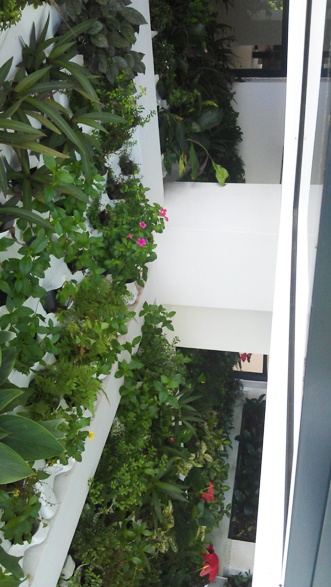 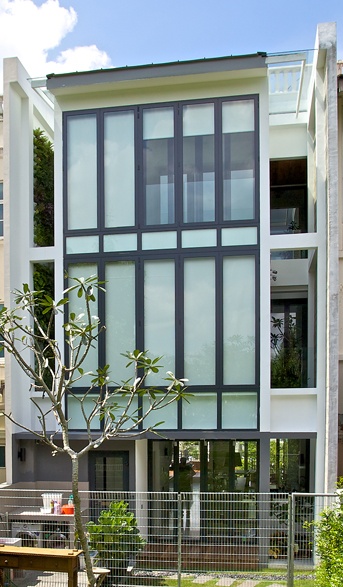