The Golden Ratio is a mathematical relationship that prescribes many things we see in nature. Such as, the perfect spiral of a sea shell and the arrangement of sunflower petals. Because of its intrinsically occurrence in nature, these proportions are said to be comfortable and look correct.

When Genome Architects (GA) was first commissioned to design this new semi-detached house, we discovered that its land size, after the regulatory setbacks, coincidentally conformed to the rectangle of golden ratio. True to our own interest in mathematics and space, GA then explored using the Golden Ratio to organise the spaces of the house. Two golden ratios start at diagonal ends, meeting in the center to form the largest central space of the house and finally ending prescribing the exact same extent for the house enclosure. The position of two corresponding structural concrete cores that carry the primary load of the house are determined by this Golden Ratio space division and the other correspondingly growing spaces follow the same principle of spiralling around this increasing ratio.

Home to a young couple, their 3 young children, 2 pets and house help, we wanted to closely tie in the notion of spaces that grow with children and families that grow. The organisation of space centered around the above-mentioned 2 structural cores that contain the children core (ie a 2nd storey children lounge) and a family core (ie the stairs for the family). The two cores and the growing spaces, determined by their use and by whom they serve in the family, becomes our strong design generator for the space and form.

GA had also designed a window modular unit, which we term the Monsoon Window as it operates, for the 2nd storey rooms, under rain or shine. Combination swing glass windows and adjustable louvers, both which are widely used in Singapore, we designed a dual system that lets the inhabitants choose if they would like to have the rooms airtight, or have the windows closed for privacy and security but the louvers left open for natural ventilation. The high level louvers are tilted at an angle that discourages direct rain penetration so that when they are open, the blades act as repeated window drips even when kept open during rain. These are then in turn, finished in genetically altered Accoya pine wood and powder coated aluminium louvers as a full window-and-sill unit, multi-functional and an elevation design feature.

Other features in the house include a fully garden facing 5 meter long kitchen island at 2 different heights and its own herb garden, a vertical green wall by the rear wall next to the cooker, artificial turf on roof terrace next to the home dance and gym studio and secret surprise private pocket gardens that form adventures for the children. 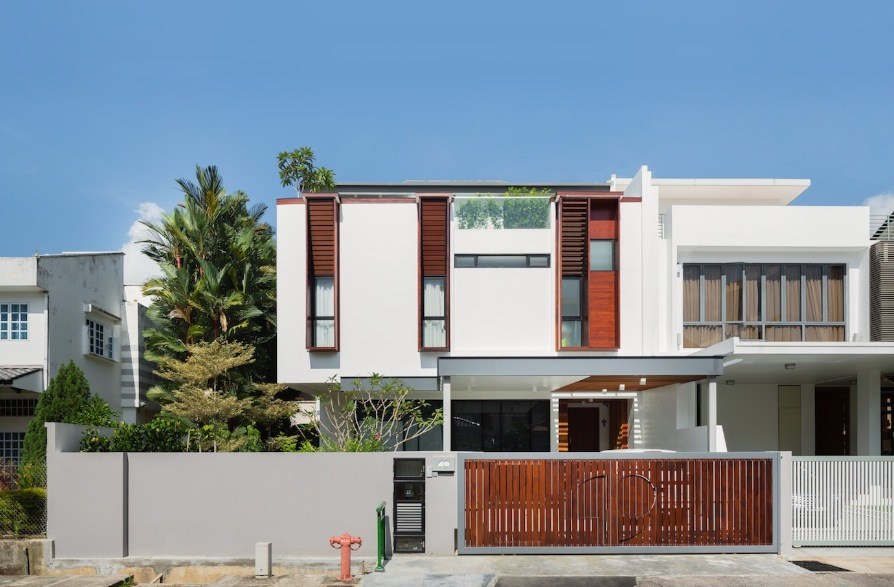 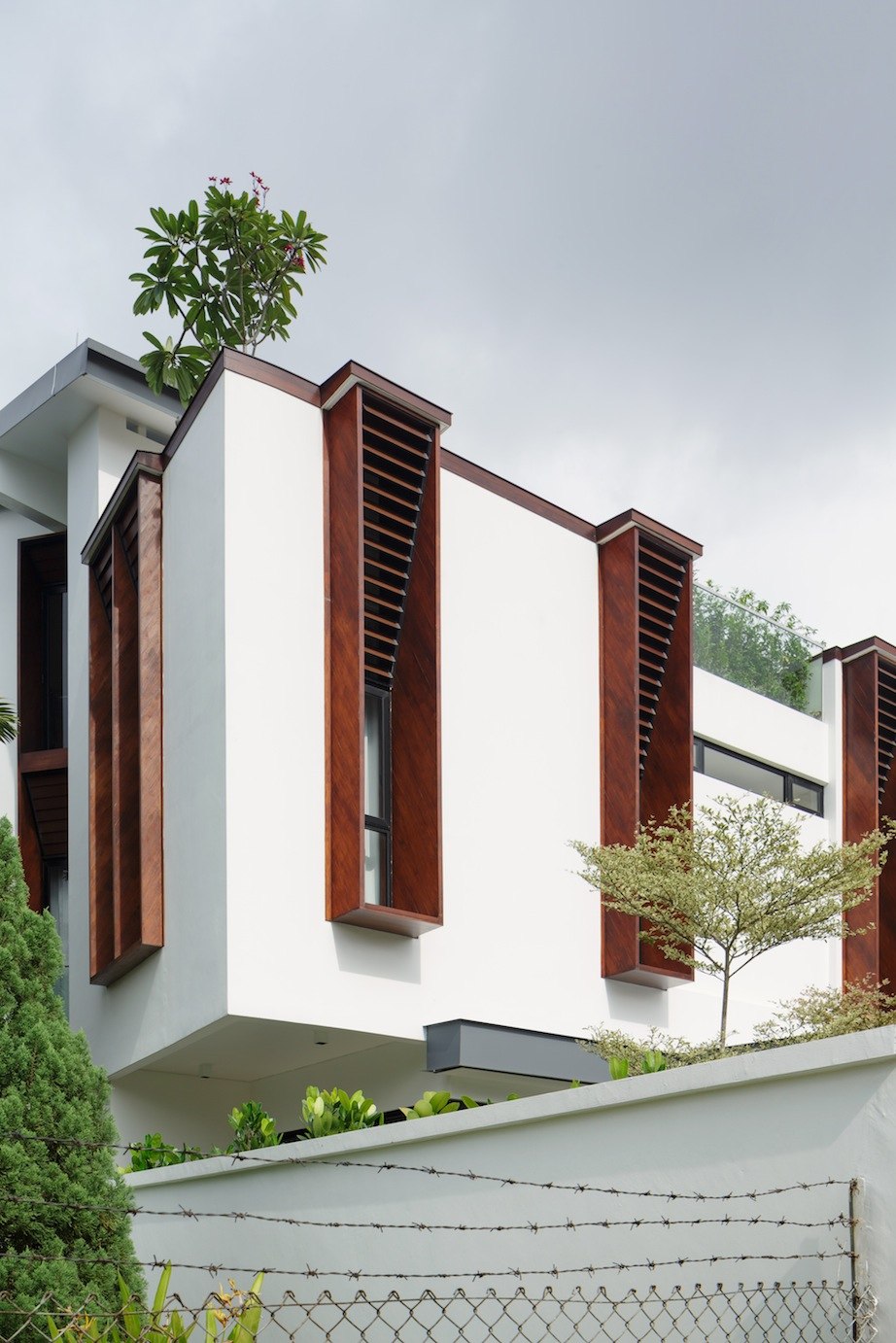 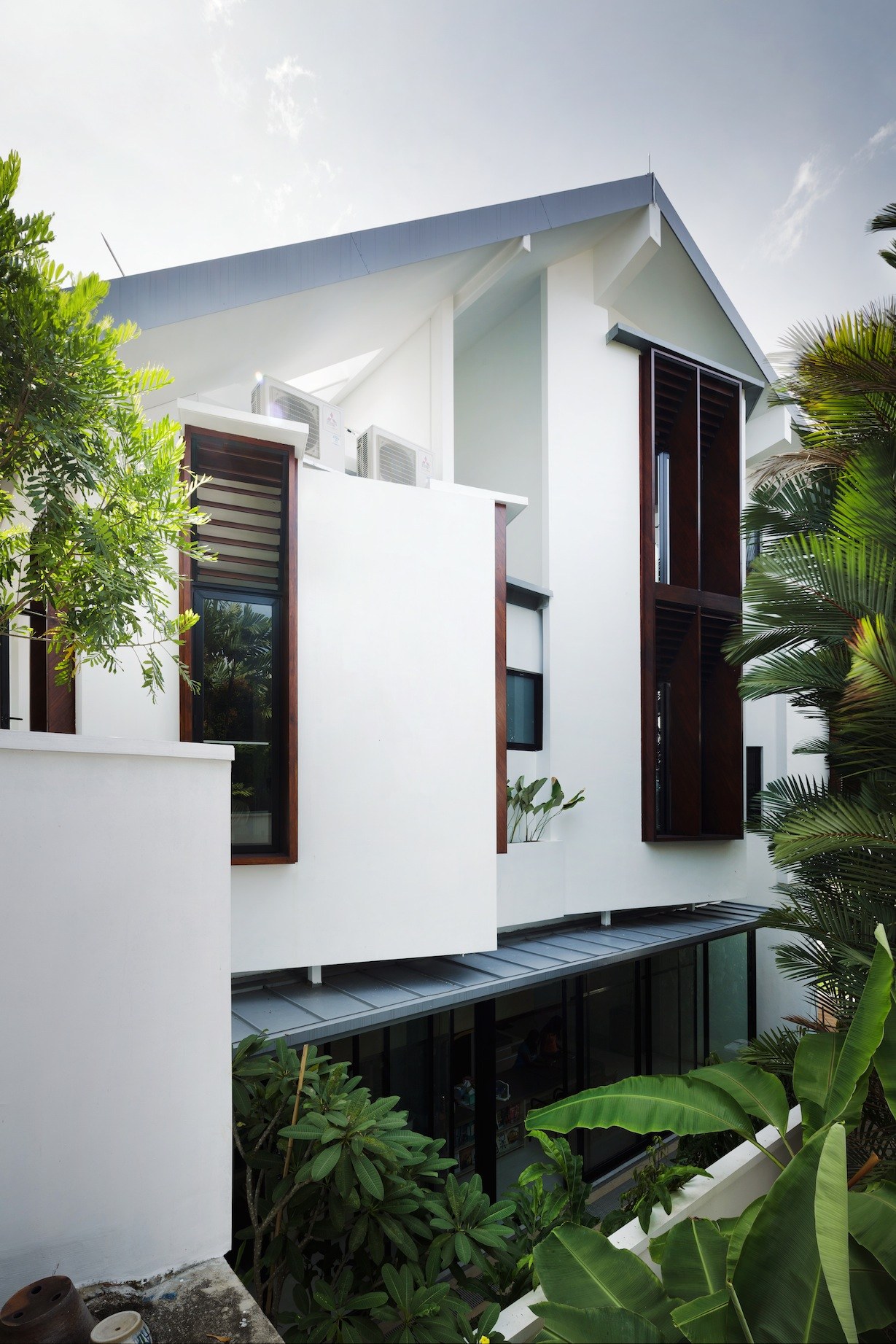 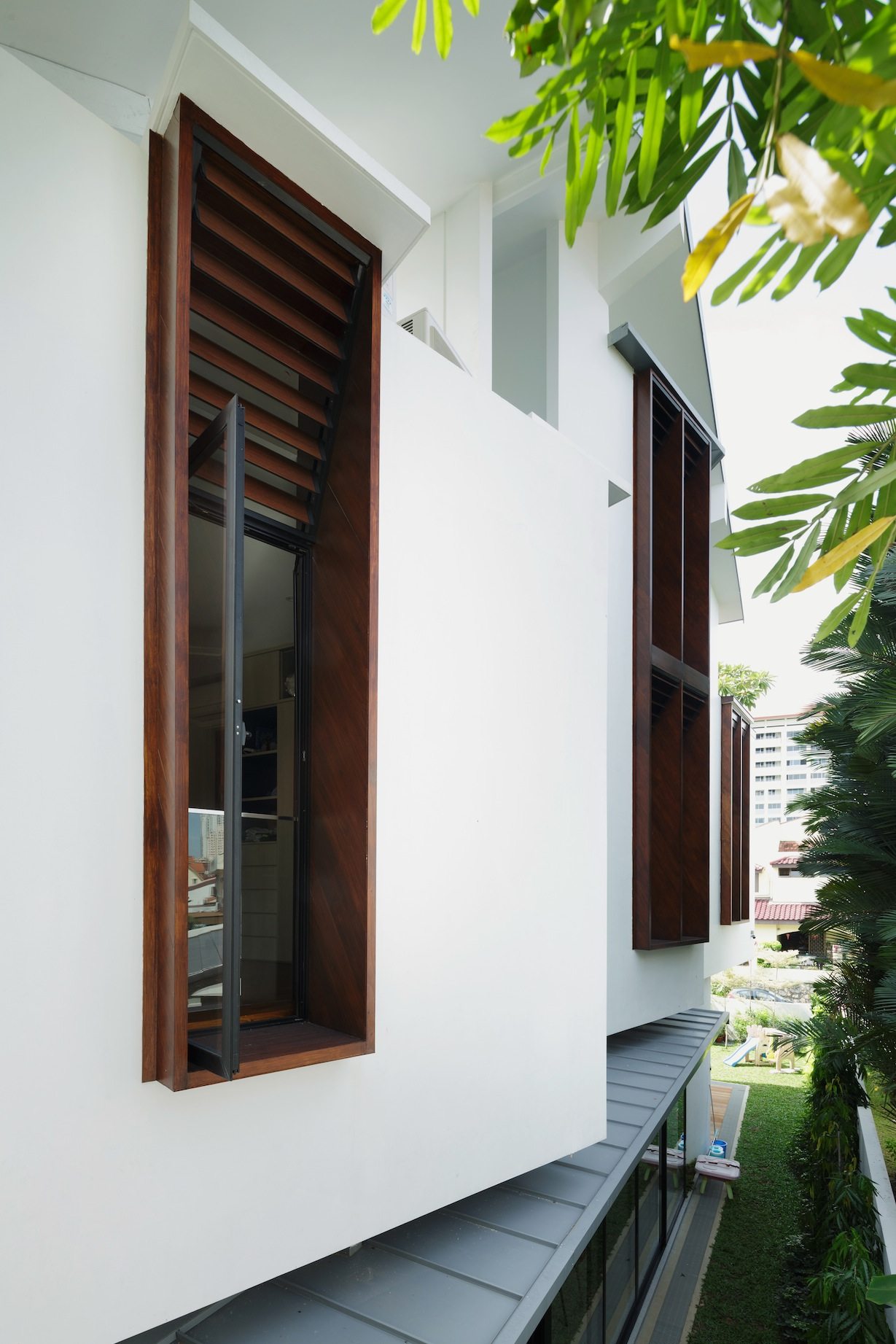 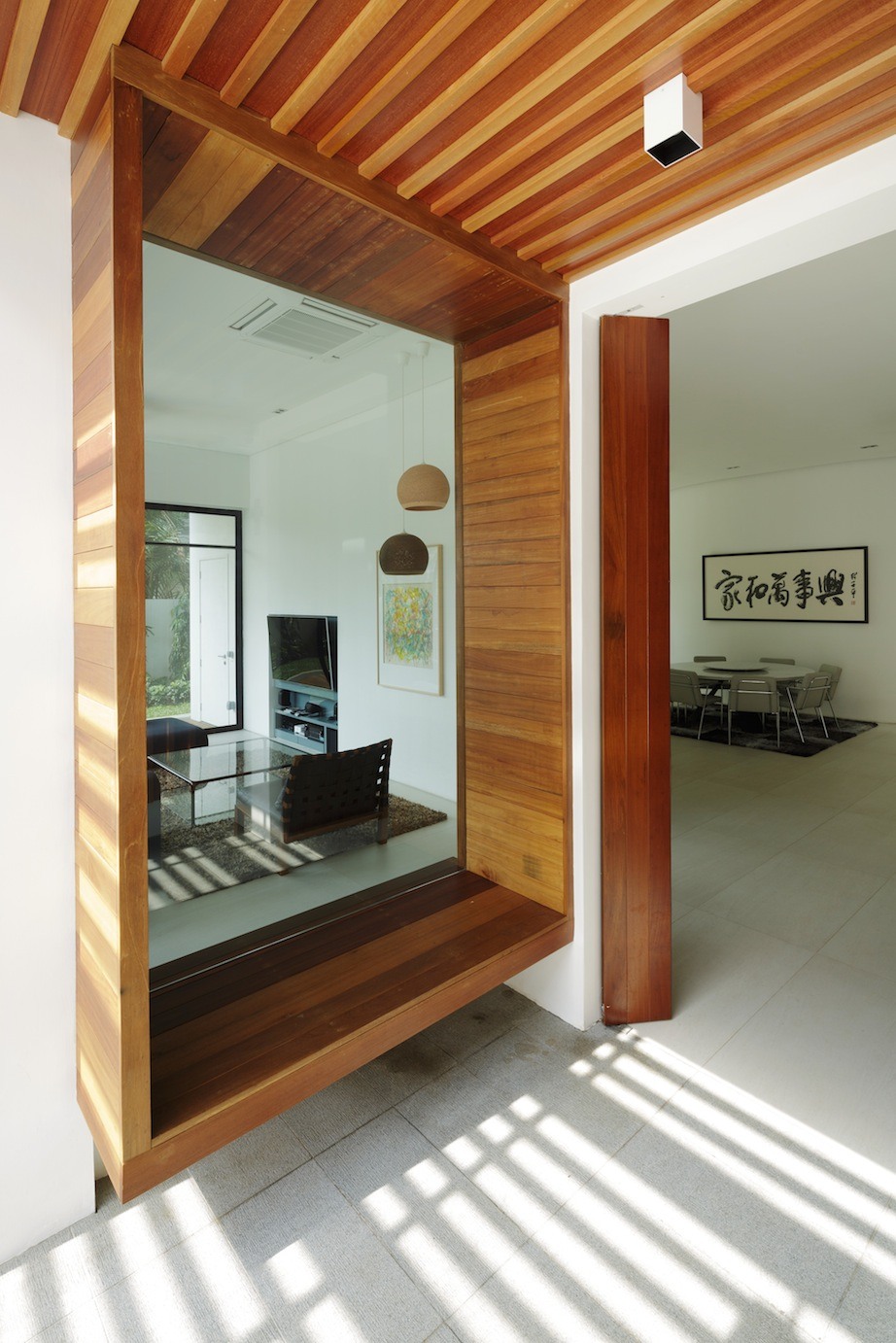 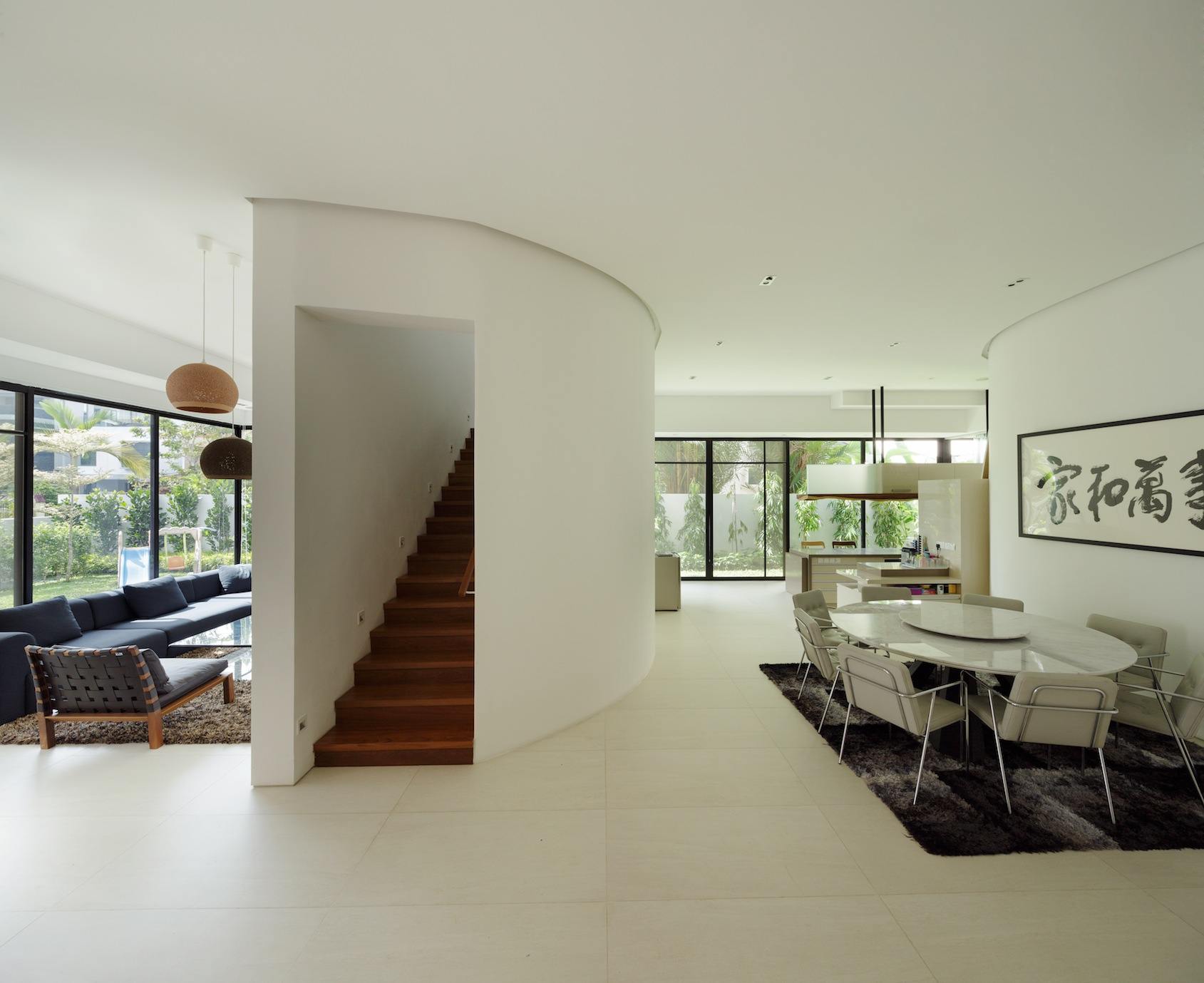 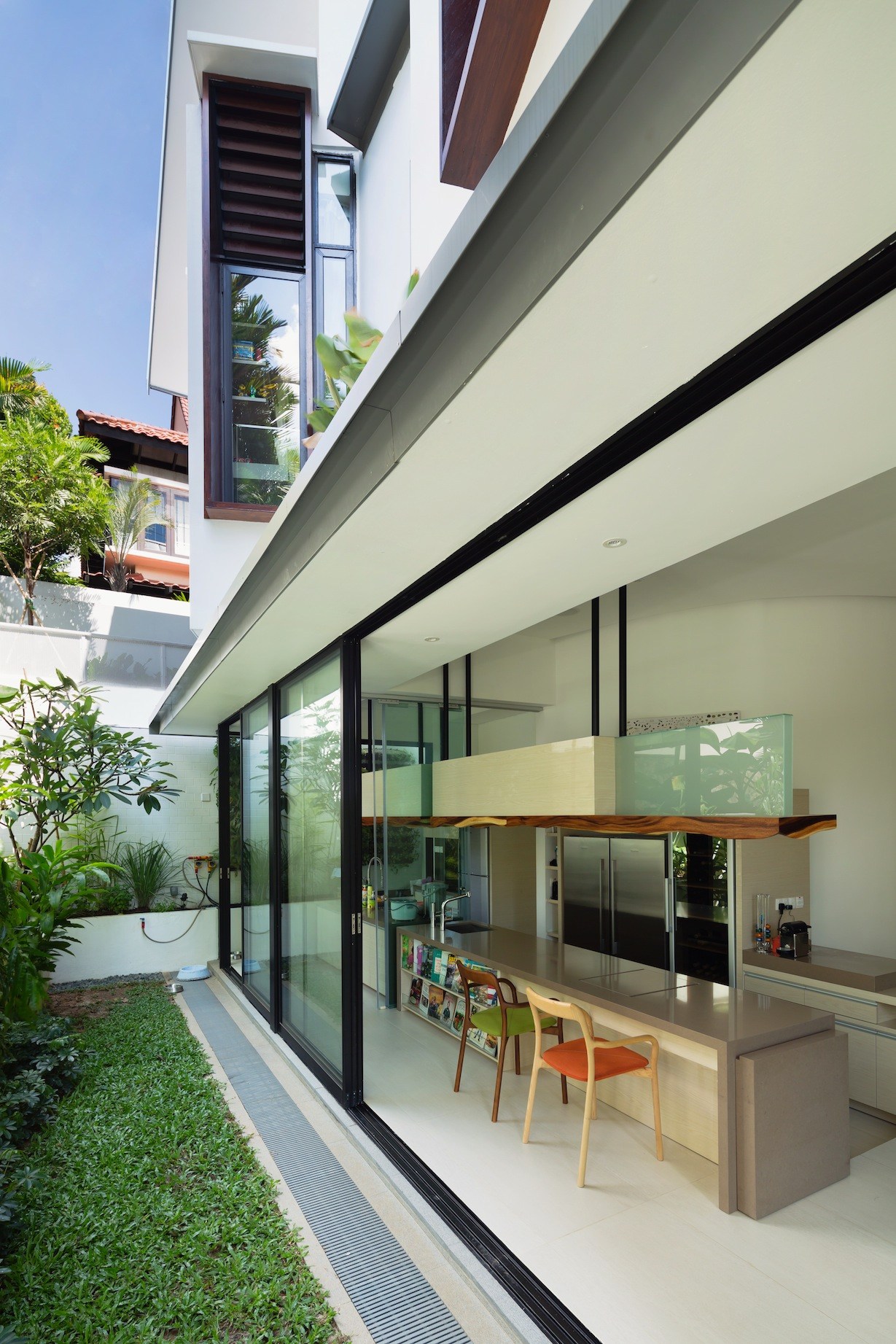 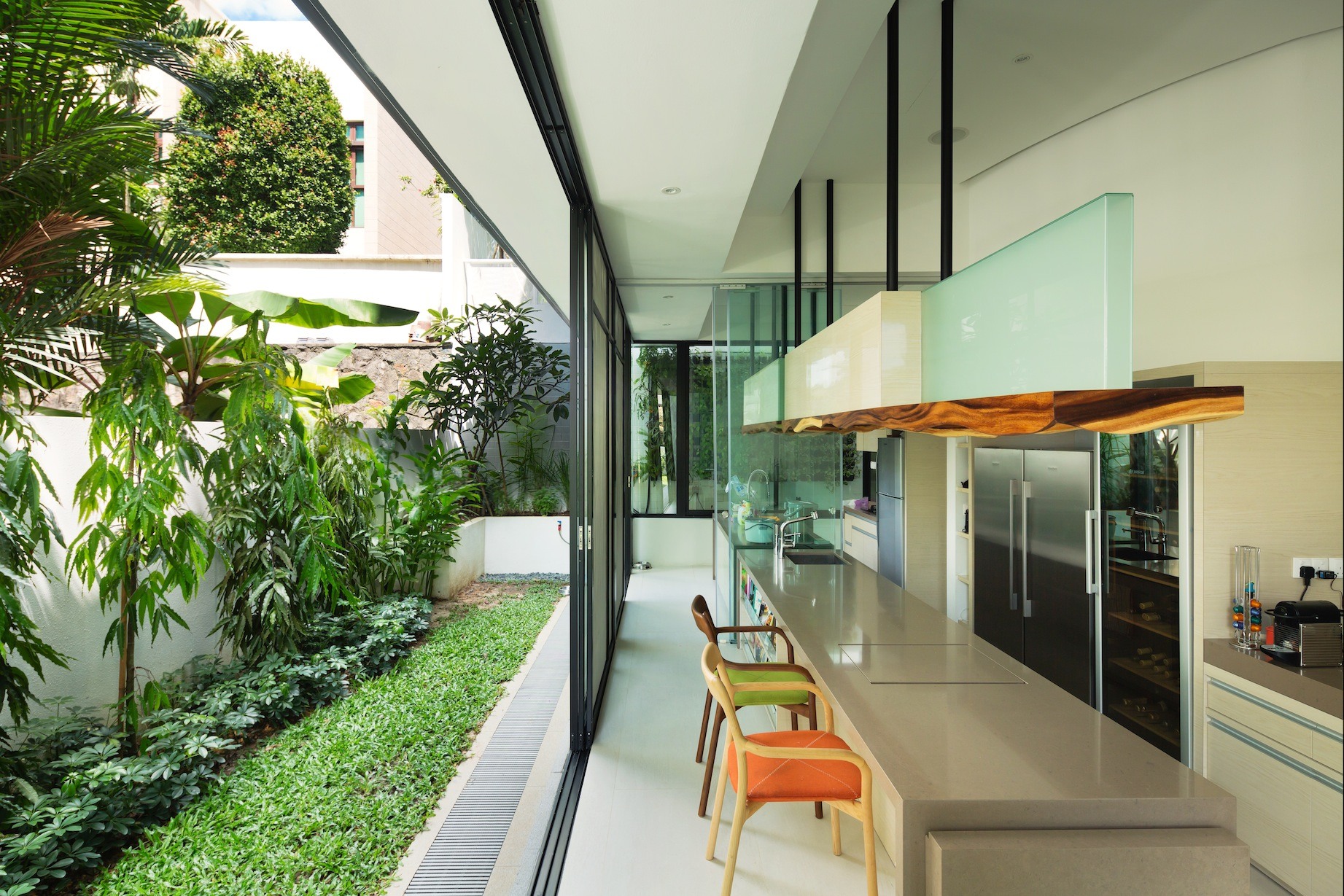 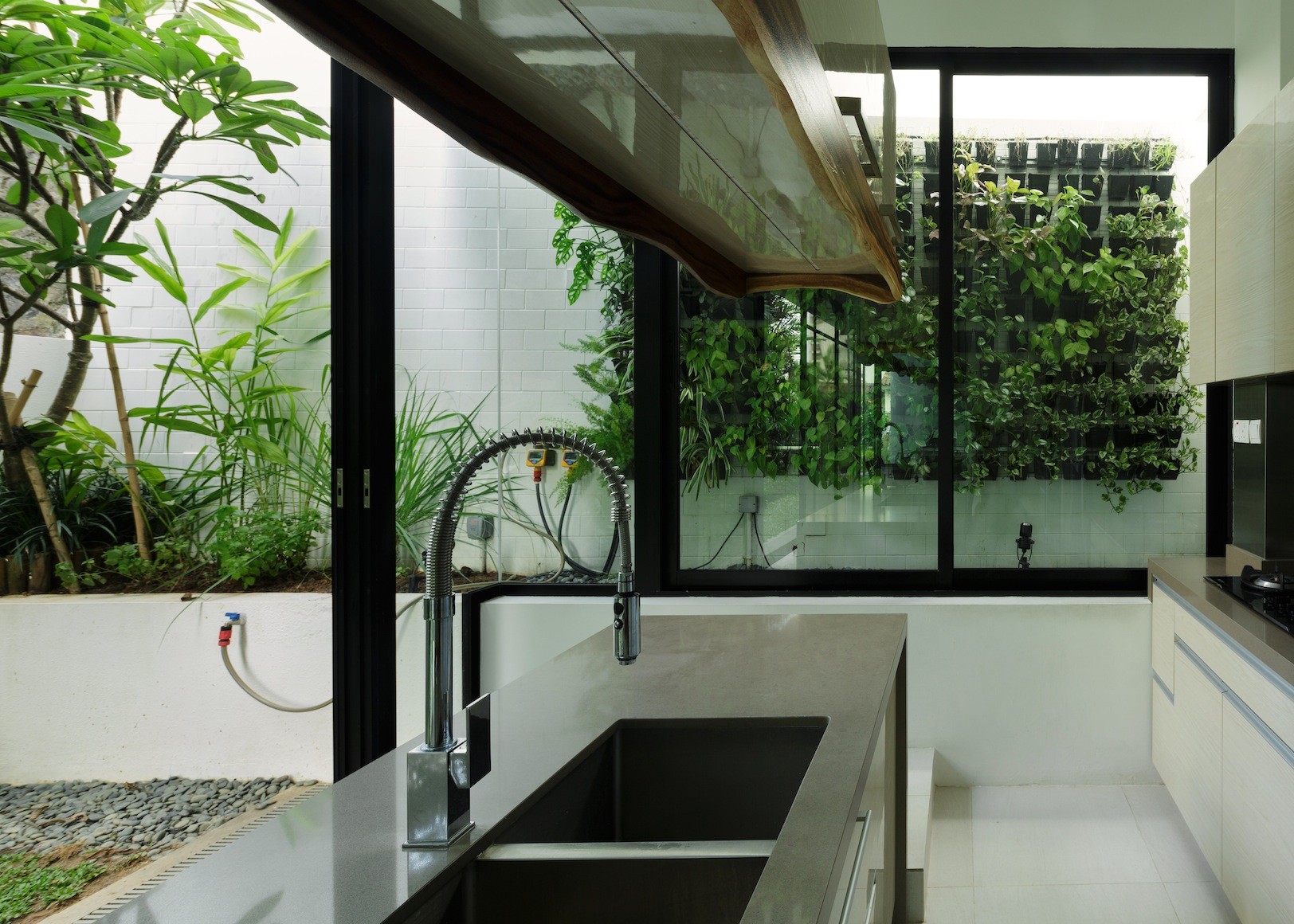 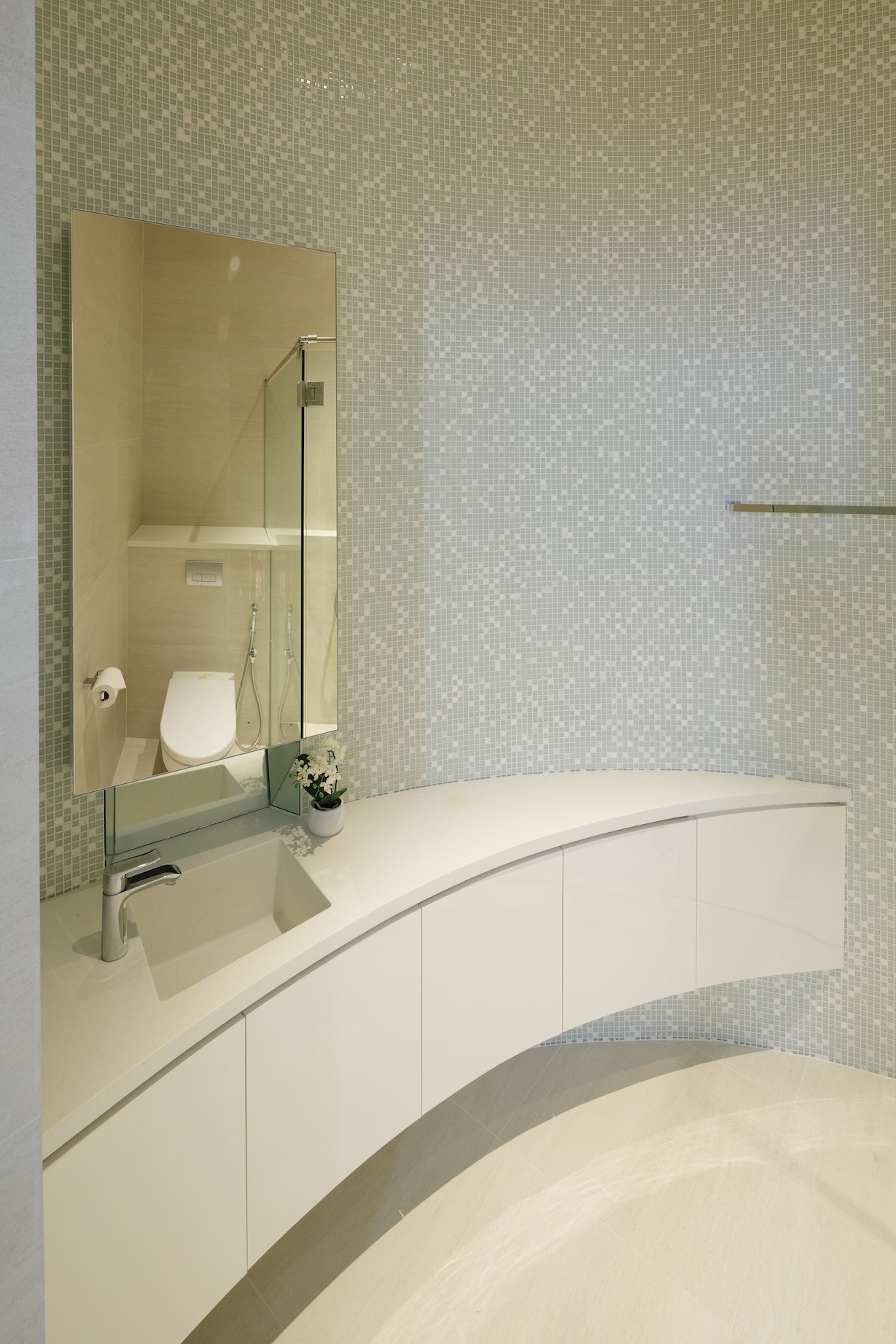 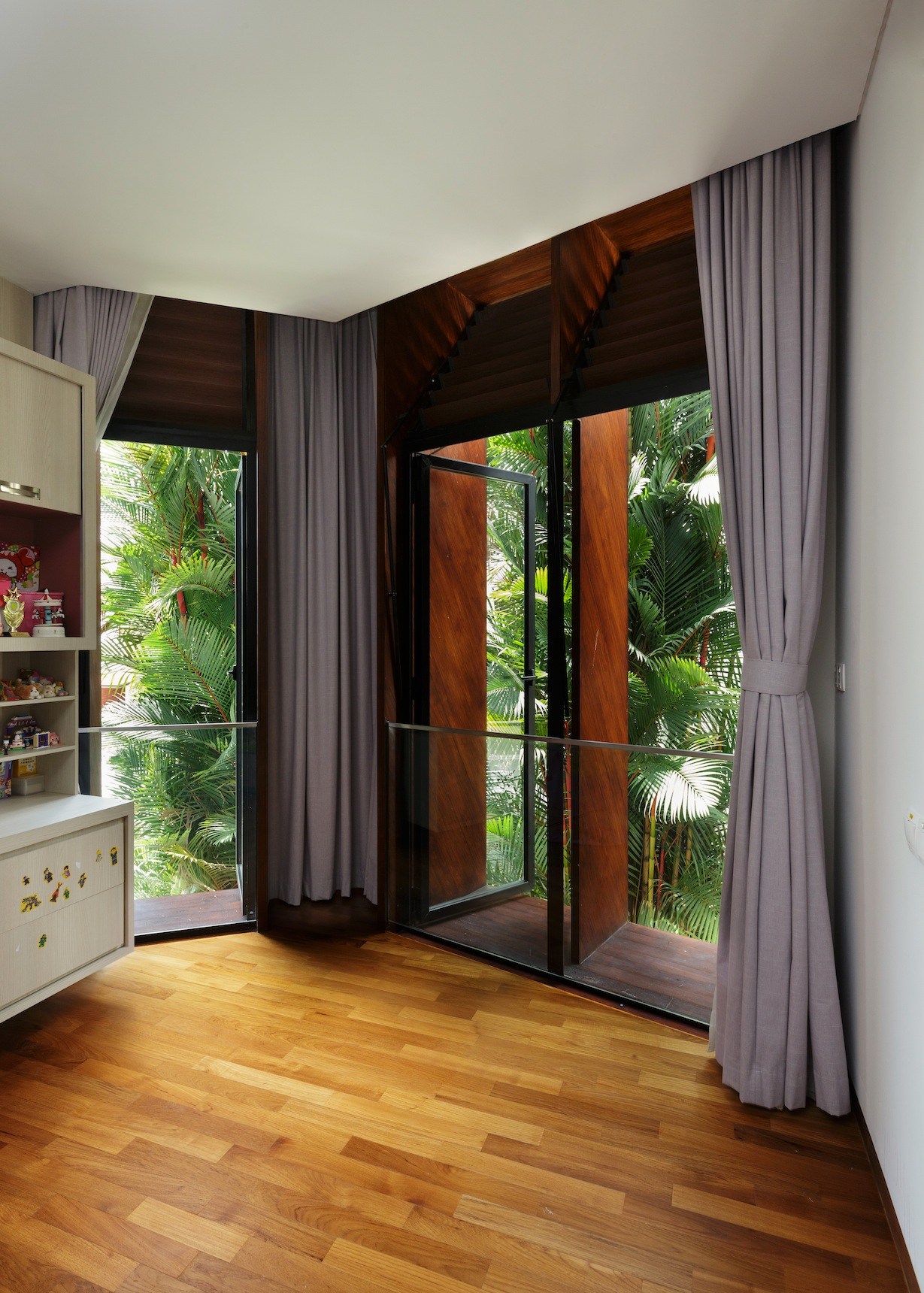 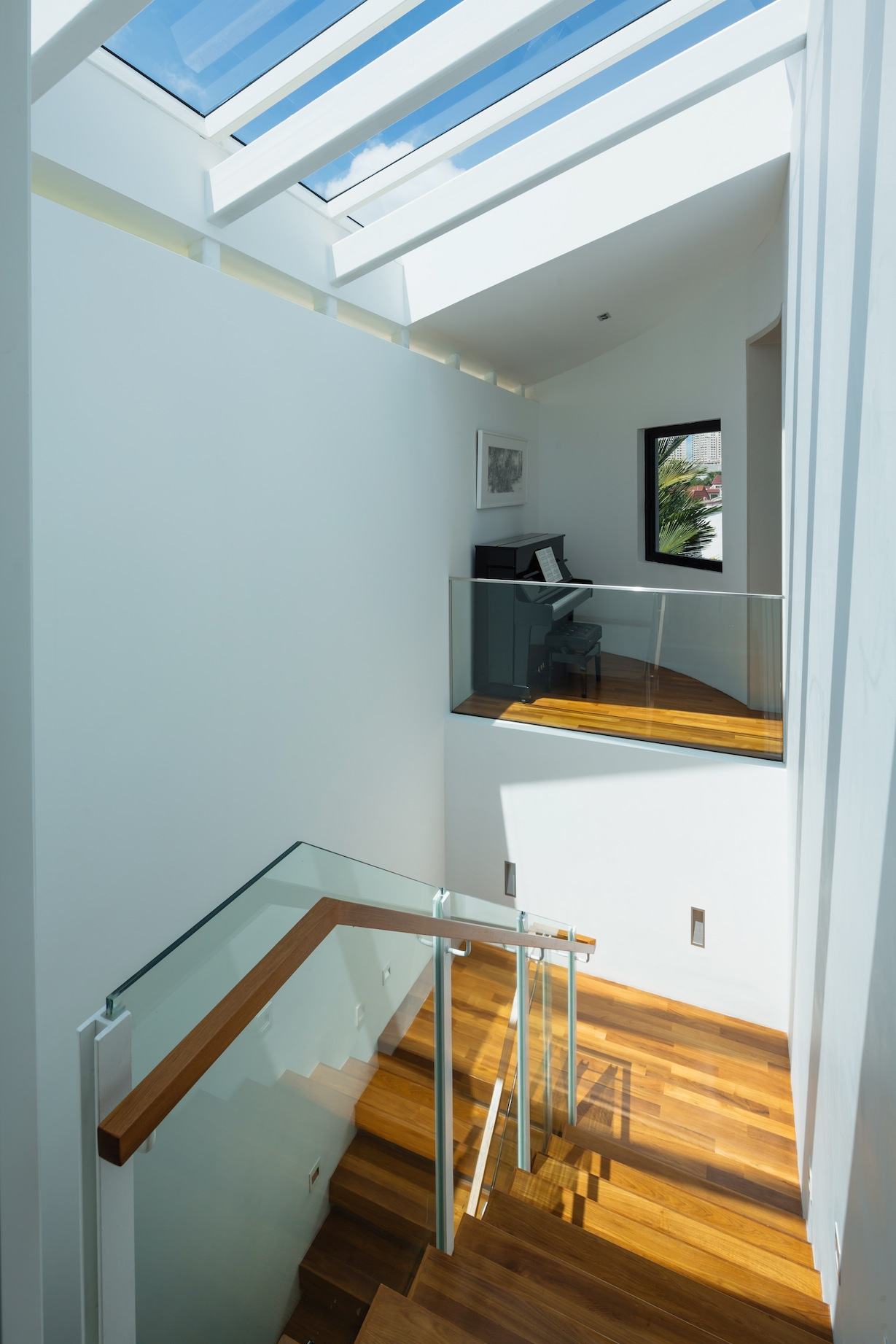 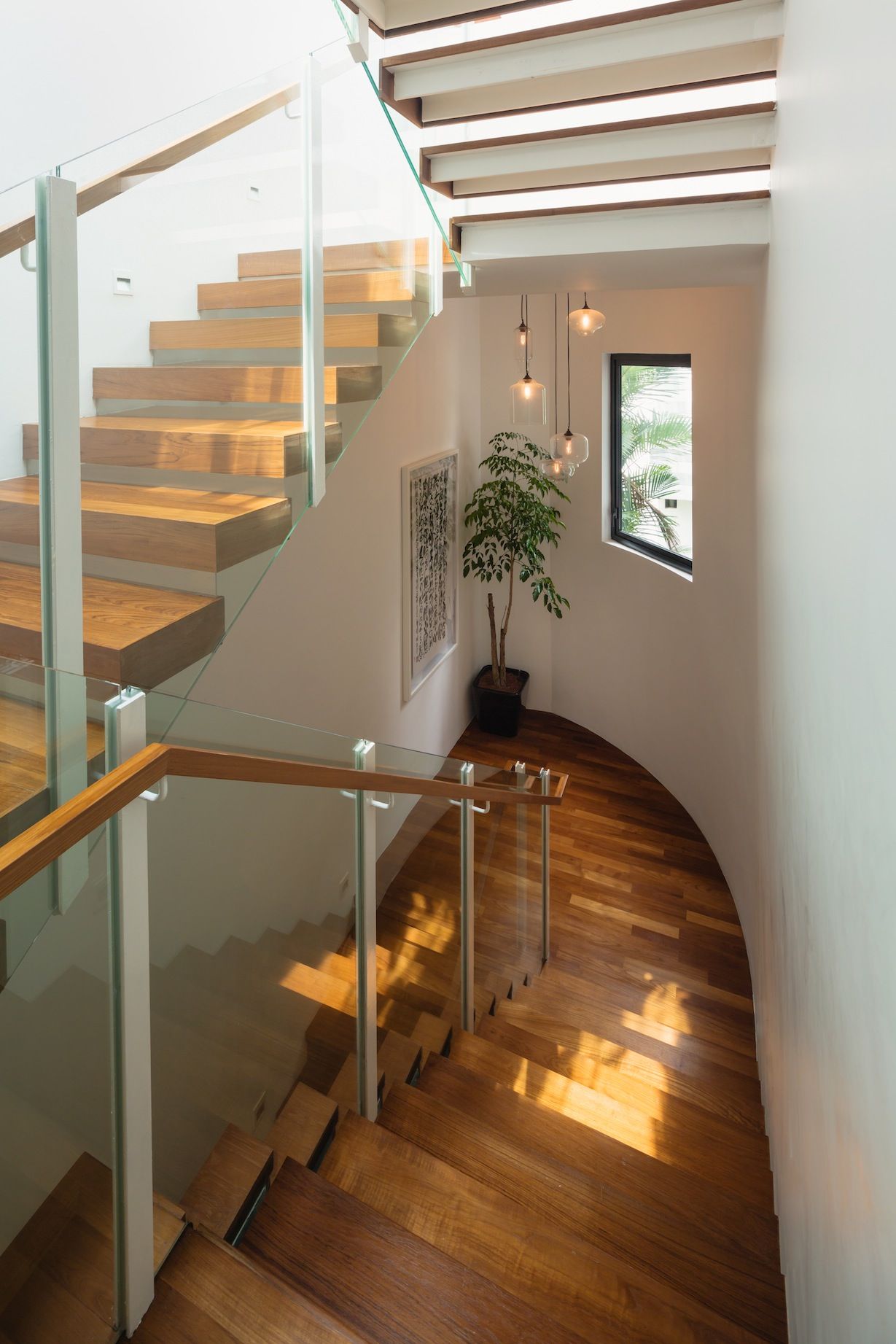 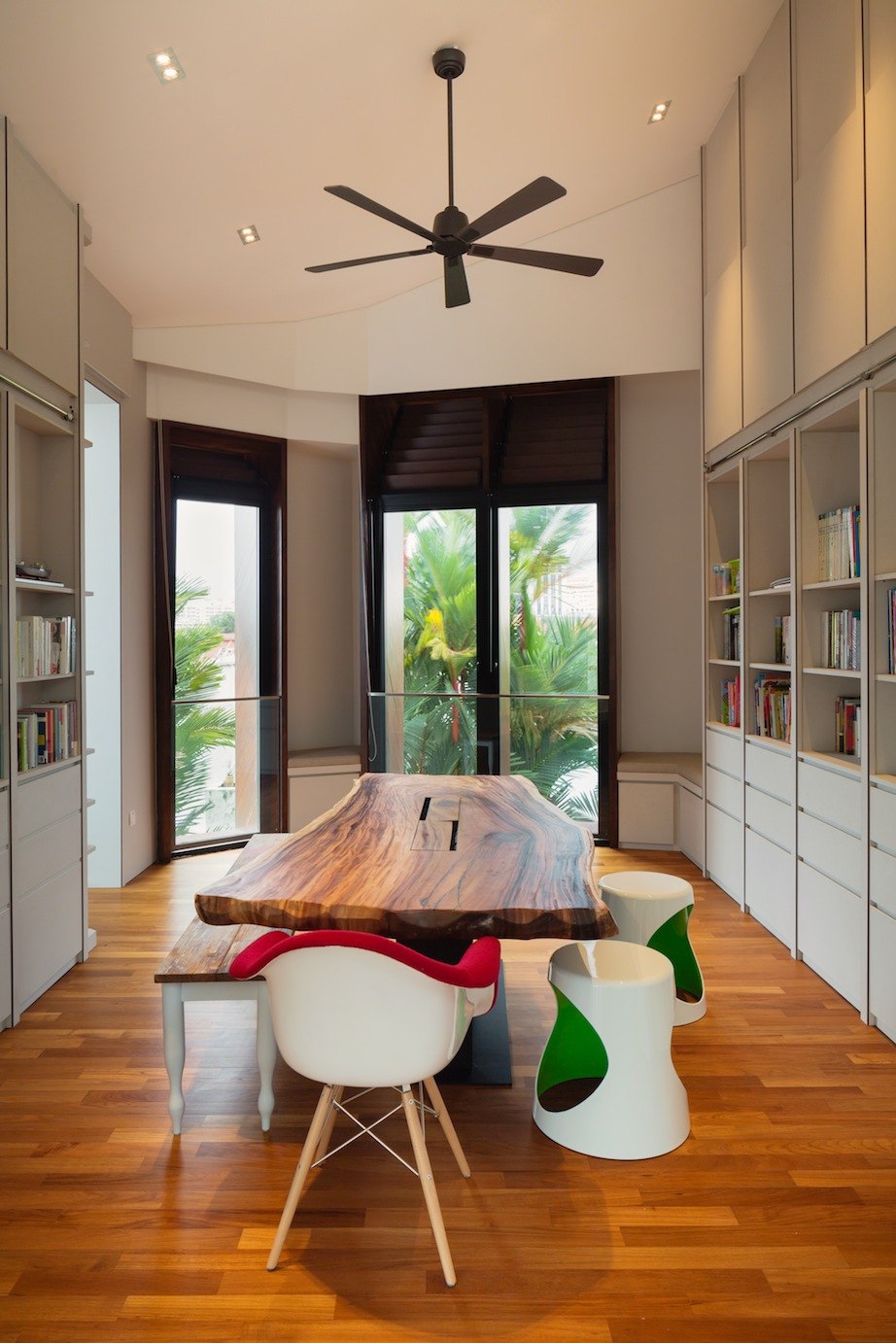