In collaboration with Elaine Lee and Law Li Peng

PUNGGOL MOSQUE ARCHITECTURAL COMPETITION – A LIVING MOSQUE FOR EVERYONE

The New Punggol Mosque is envisioned as a grand people-centric space of faith. Embracing the practice of Islam, yet open and engaging as a place for the enjoyment of the local community.

CONTEXT Located at the heart of Punggol – a multi-cultural, middle-income young satellite town, which takes pride in its green and waterways – the new Punggol Mosque is designed to strategically respond to its immediate surroundings, as well as reinforce the identity of the Punggol locale.

DATUM Two key axes within the spaces, planes and form of the new Mosque establish its relation with the site and the spiritual direction of Mecca. i) The Religious Axis: Orientates the Qibla towards Mecca ii) The Community Axis: responds directly to site access and key grains of the surrounding fabric

DESIGN The building form began from understanding the optimal massing for the required program. The transformation process started from the need for a focal point on the otherwise flat site. The Prayer Hall as the spiritual hub, became the natural center of focus within the mosque. The form emerged from rigorous exercises to reduce footprint of the focal point; engagement with the religious as well as community axis; sanctify the Prayer Hall from the ancillary and finally replacing the green.

The result is the dichotomy of a humbling space of worship and an inviting public space, flexible to accommodate large scale religious and/or community events 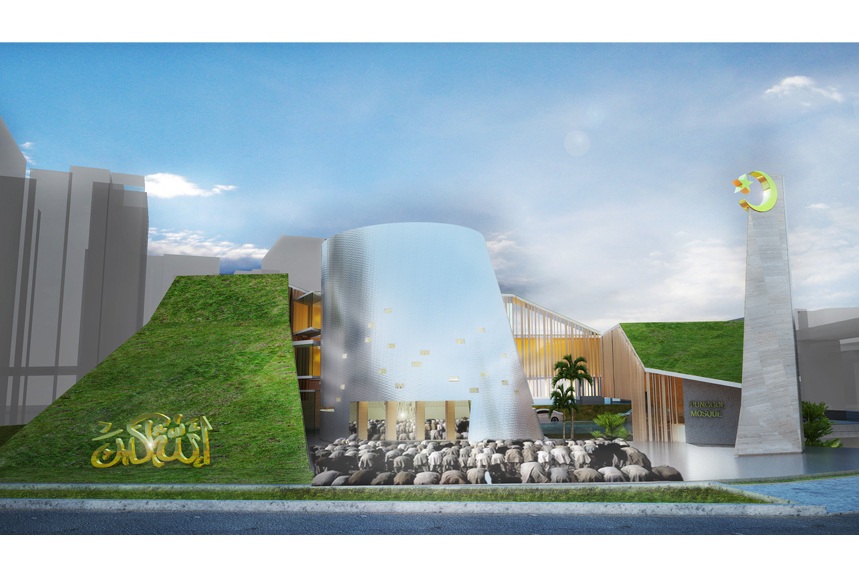 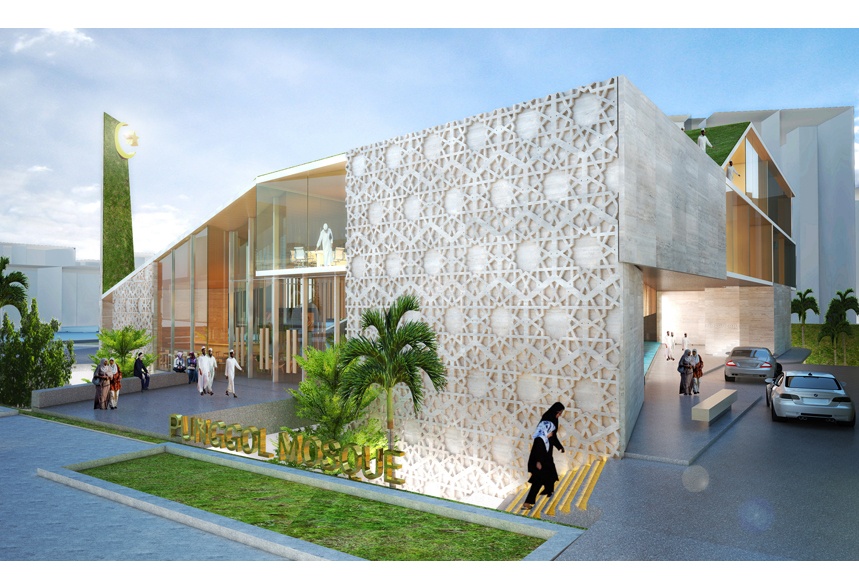 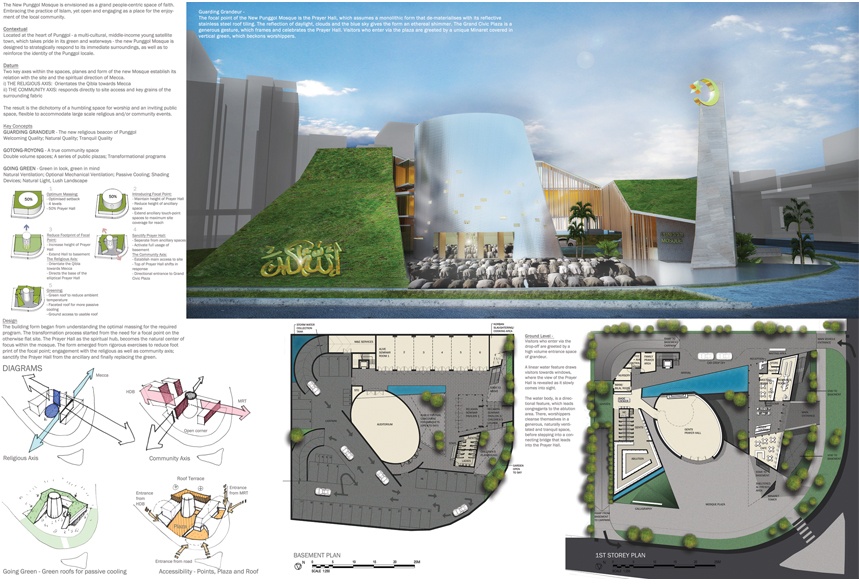 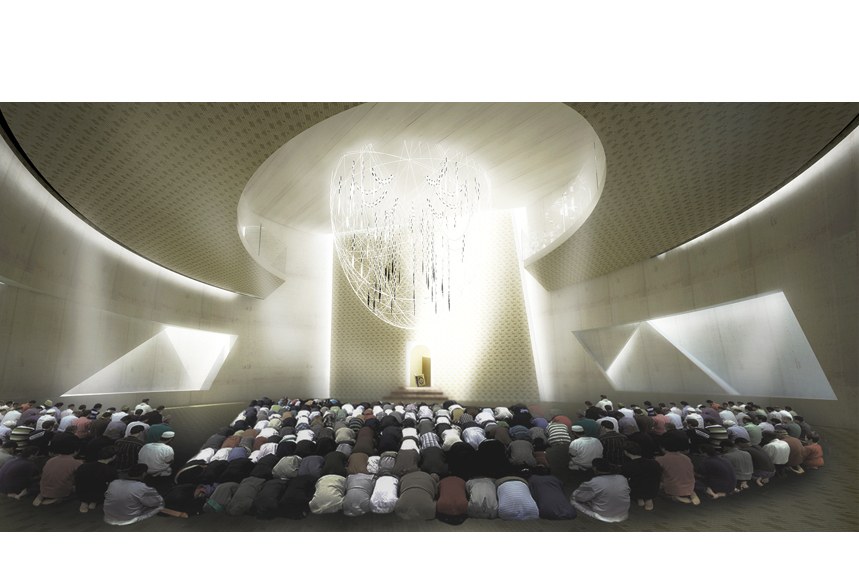 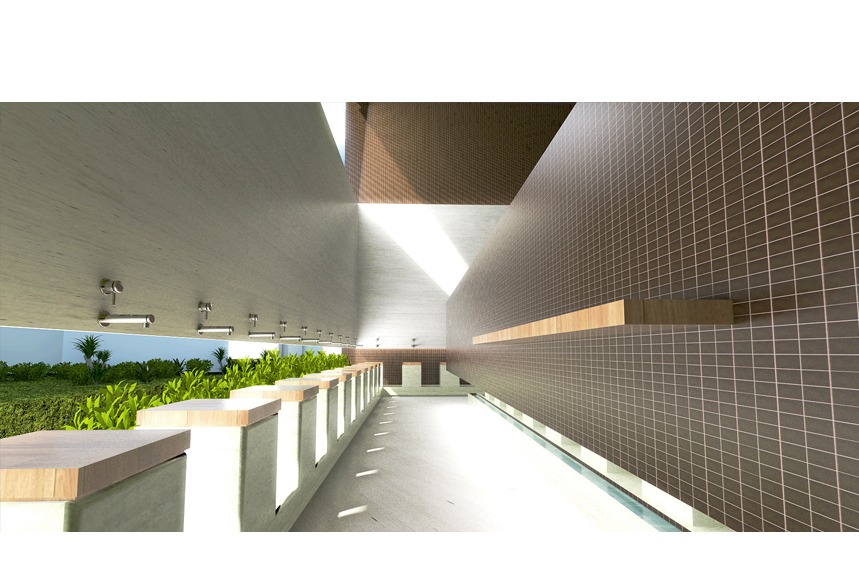 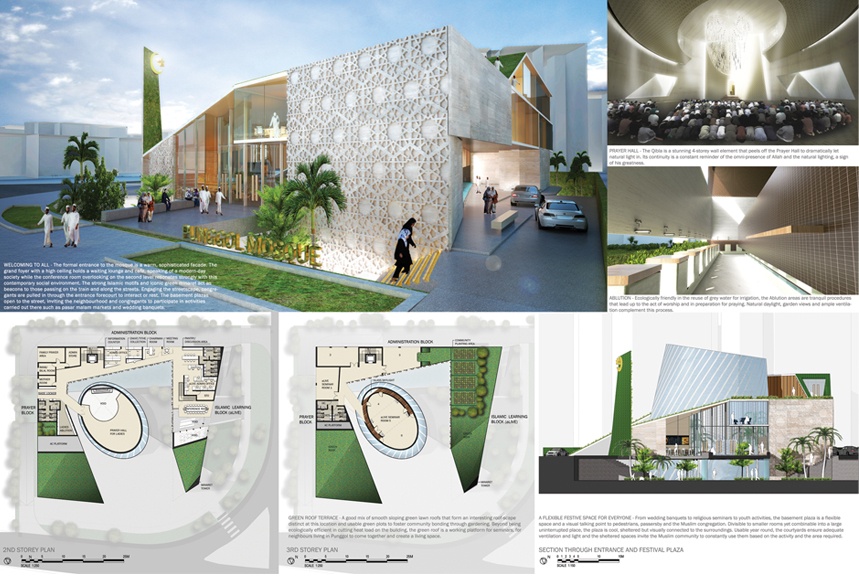 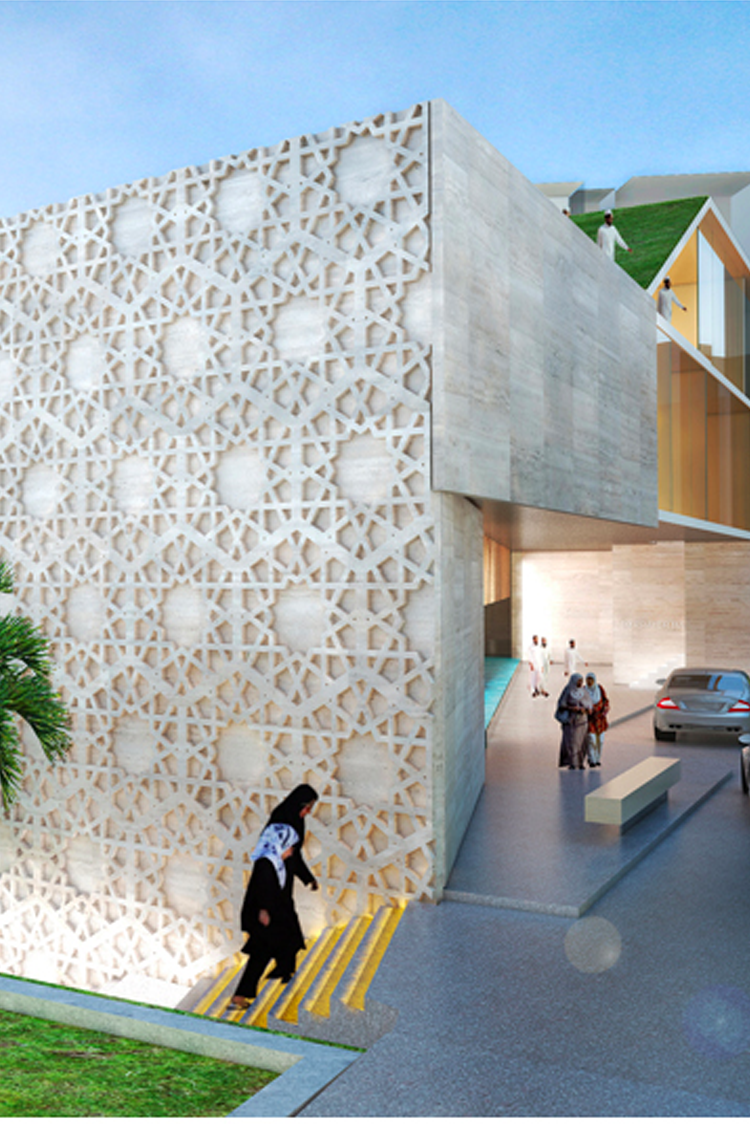