The Client's company logo is a chakra wheel, a symbol of energy centers that radiates from the physical body. The symbol embodies this radiation in a sun-like wheel. We decided to adopt this notion of radiation as the design generator of this office design, from space planning, to bespoke joinery, from light feature fittings to door handles.

The organisation of the spaces centers around a living room where the company believes all good business dealing happens. This space is contained within a backdrop of plywood shelving that, again, takes the notion of radiation in two axes: vertically and horizontally. Vertically, the 4-meter tall storage shelves converge into planes between which were glass panels to let light through into the deepest parts of the office. Horizontally, the shelves stagger forward and backward, occupying a space in the center, creating storage spaces on both sides and thus activating all of the surrounding area. 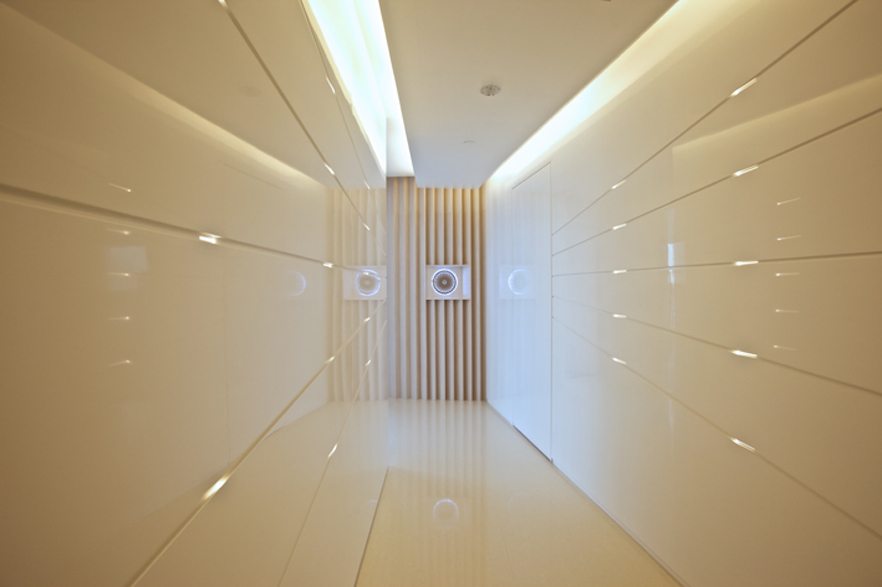 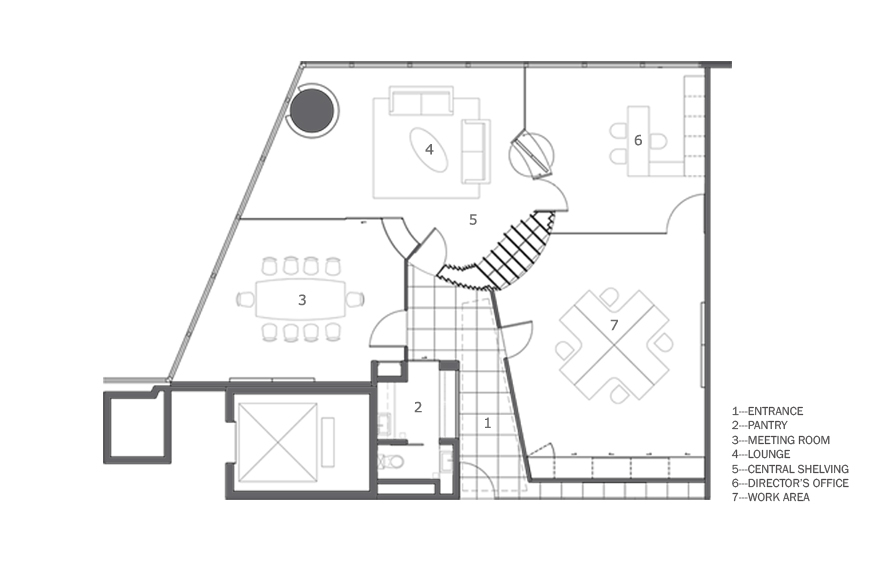 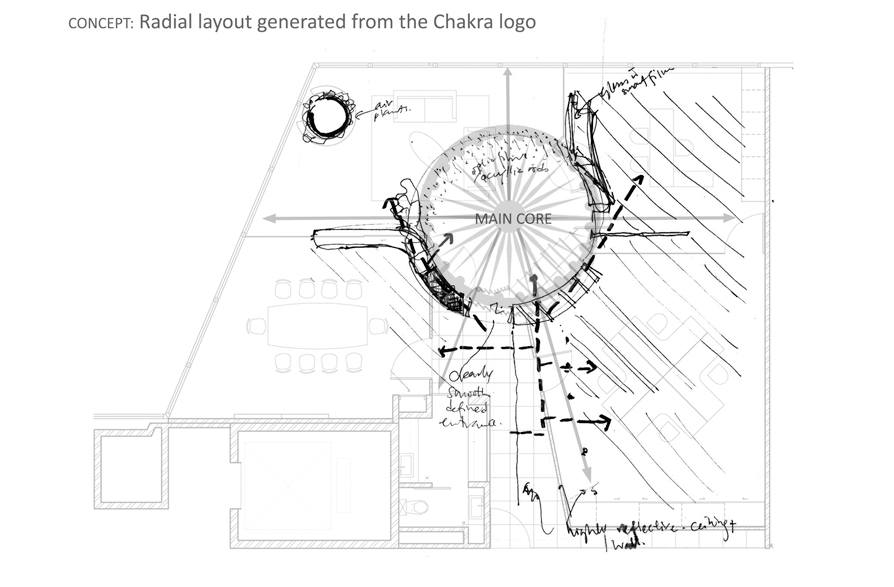 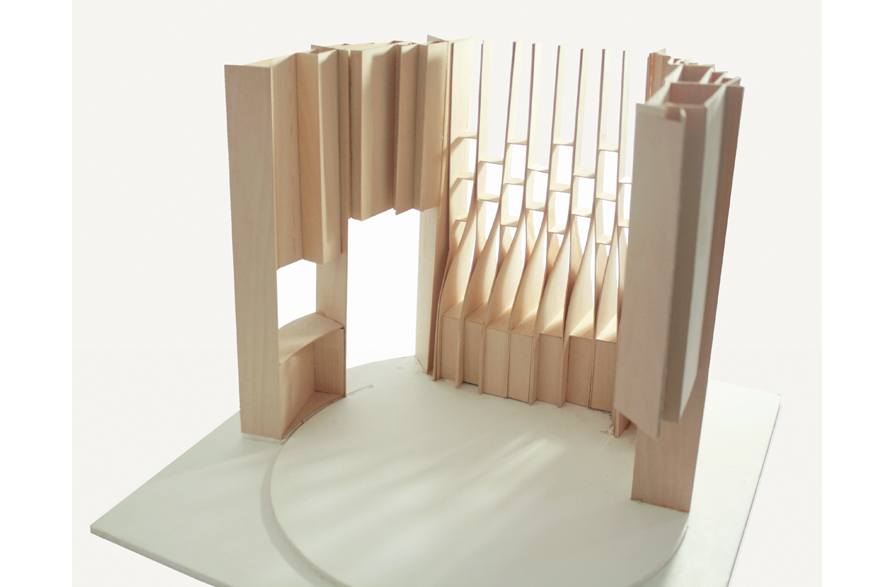 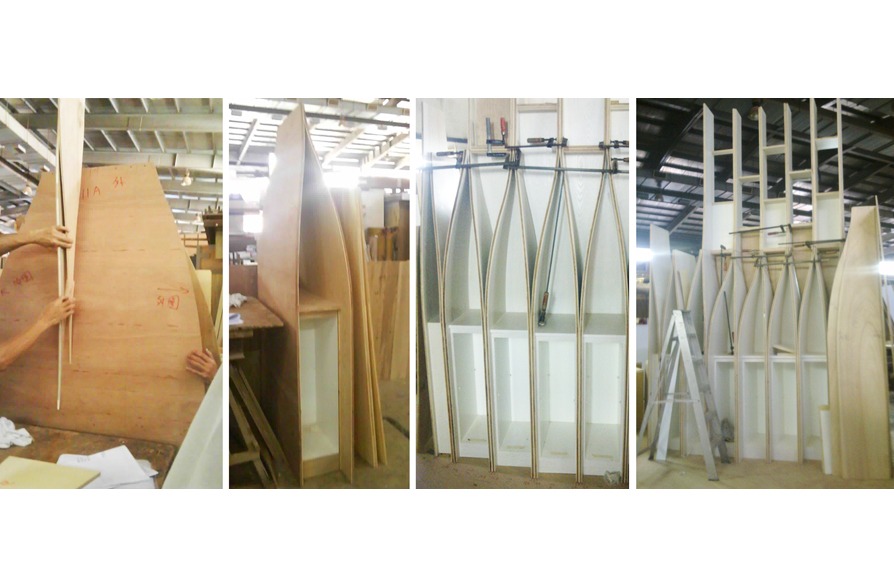 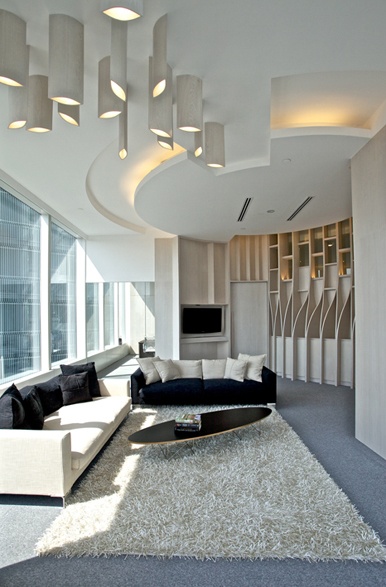 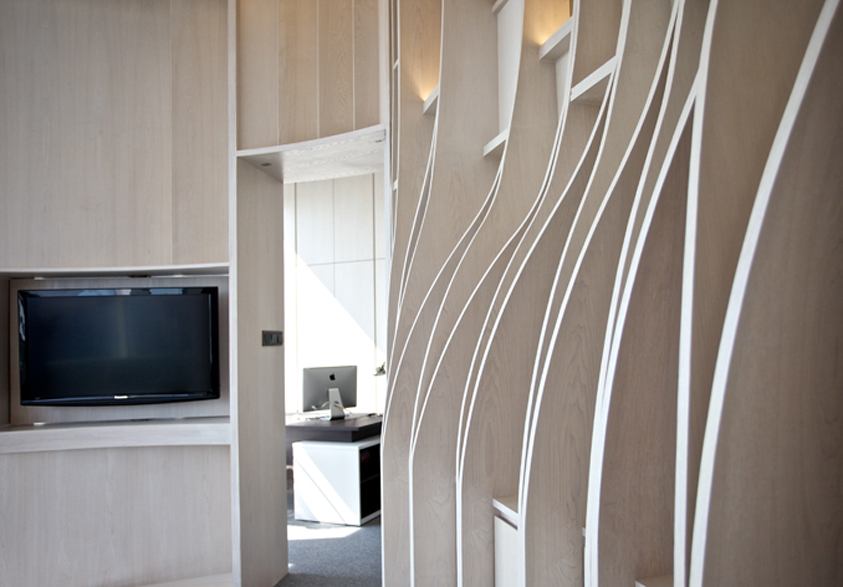 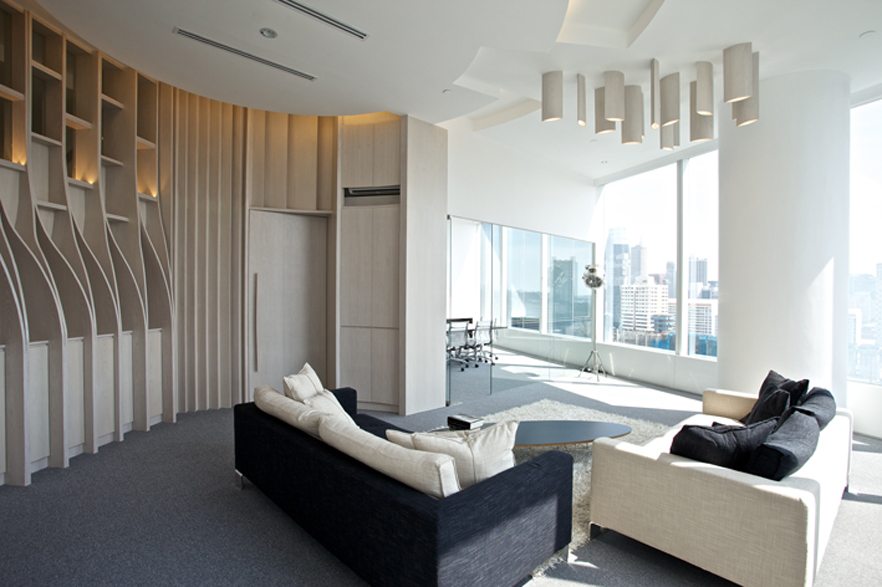 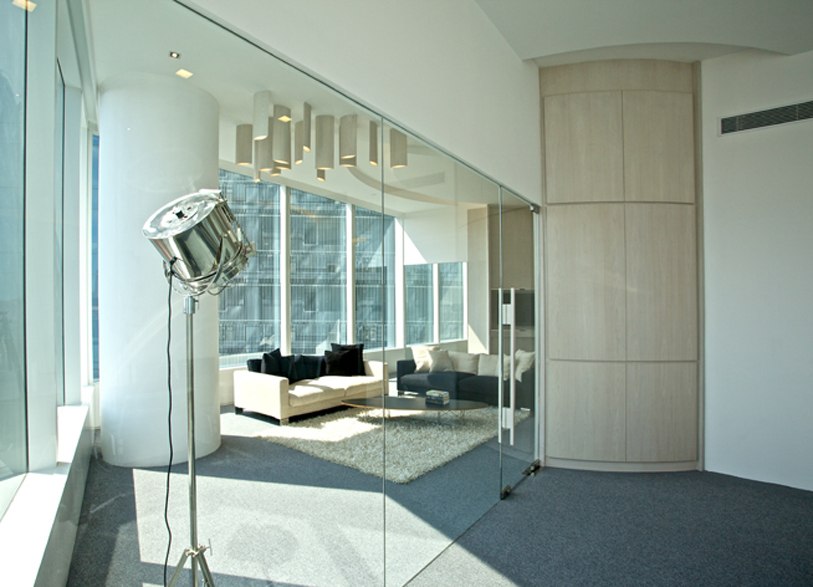 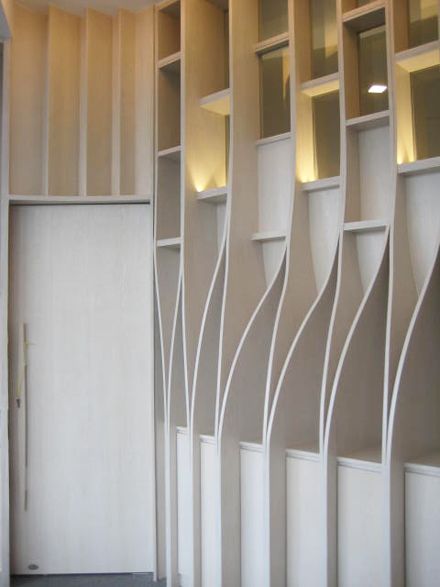