In a Chinatown shophouse, the folks at Crazyworld were really passionate about starting a Chinese rock scene. The design direction started with us looking at systems that would allow live music in an enclosed space with parallel walls. Tapping on diffusion and absorption of sound, the wall panels performed the role of absorbing the sound when opposite the stage and diffusing the sound when caught at different angles at other parts.

Another challenge we had was that the performance of furniture need also embody this “fractal” nature through its need to assemble and re-assemble depending on need. Three settings: a cafe for the everyday, a gig every week, a press release / art gallery occasionally. Playing with simple furniture design that can be multi-functional, we were able to create the settings based on some fundamental configurations. 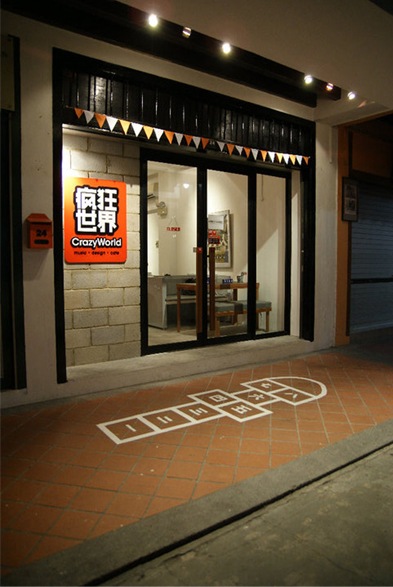 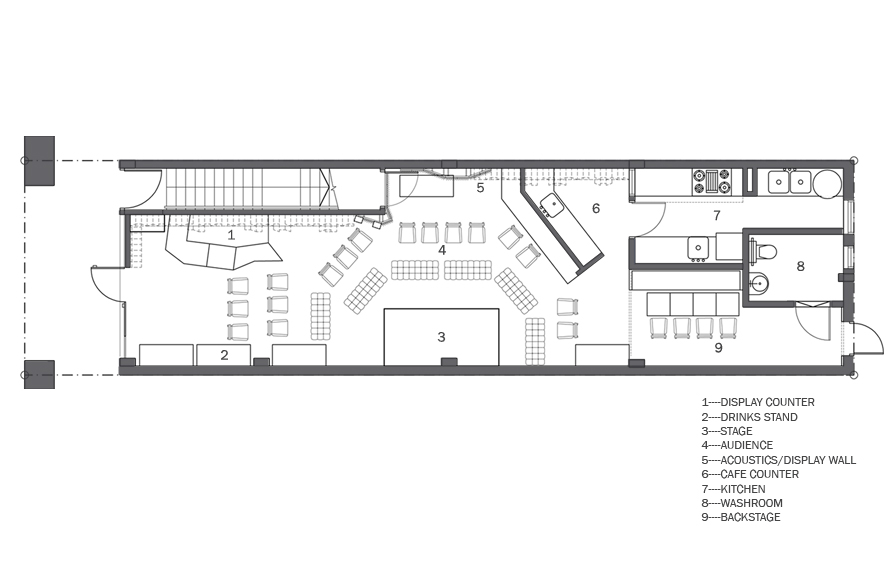 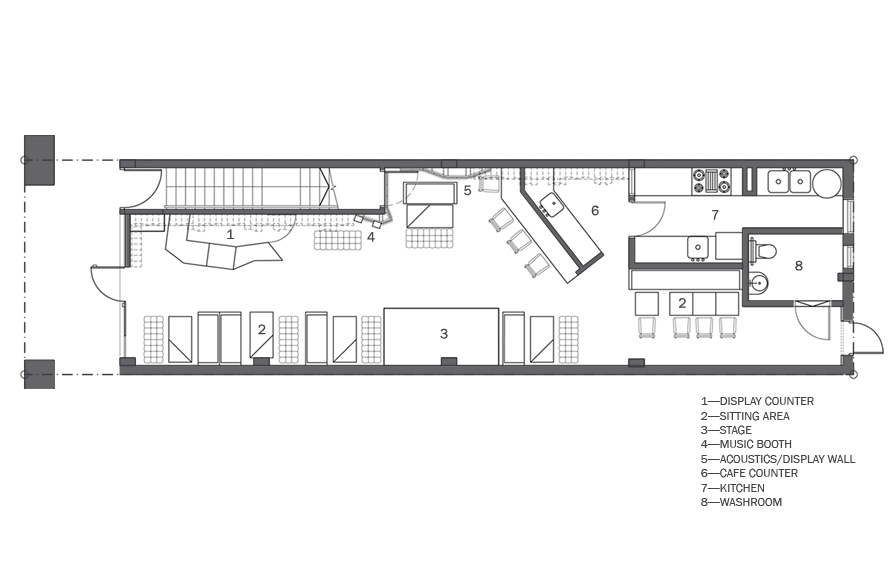 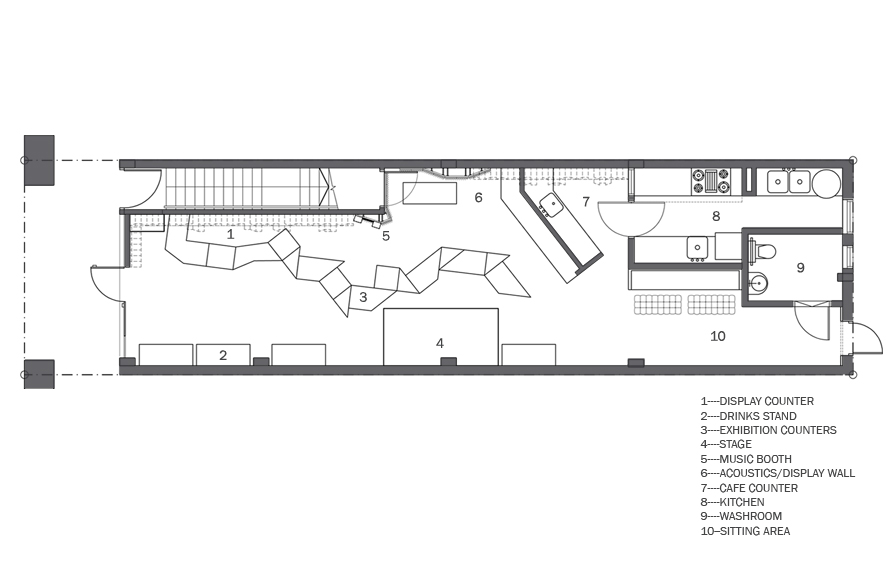 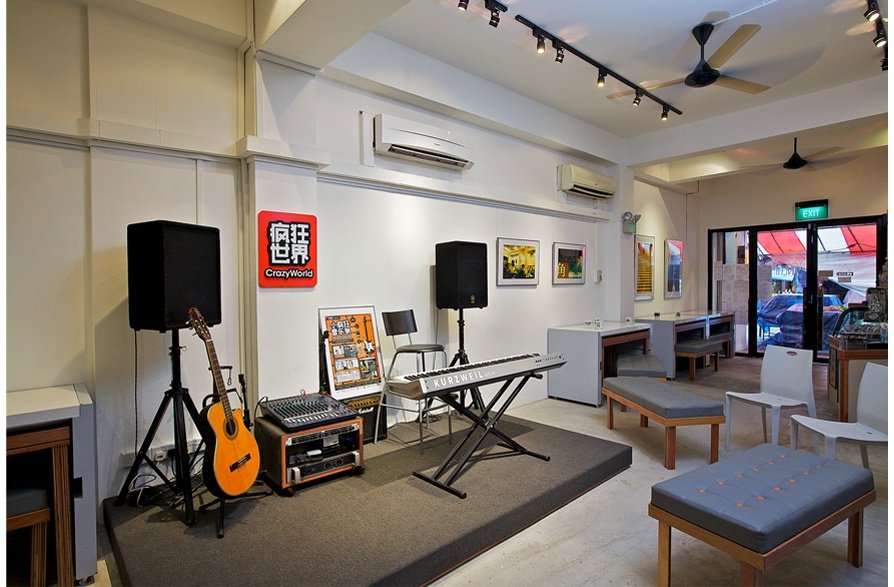 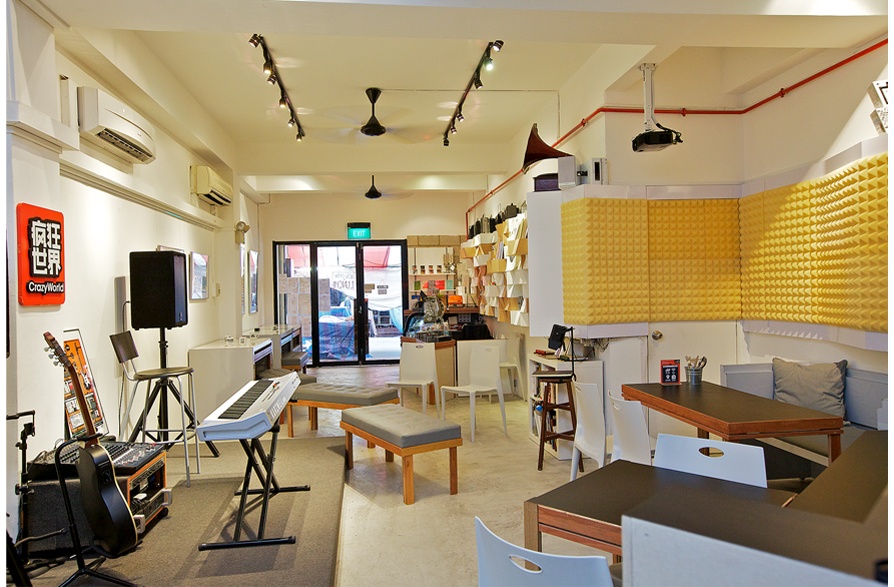 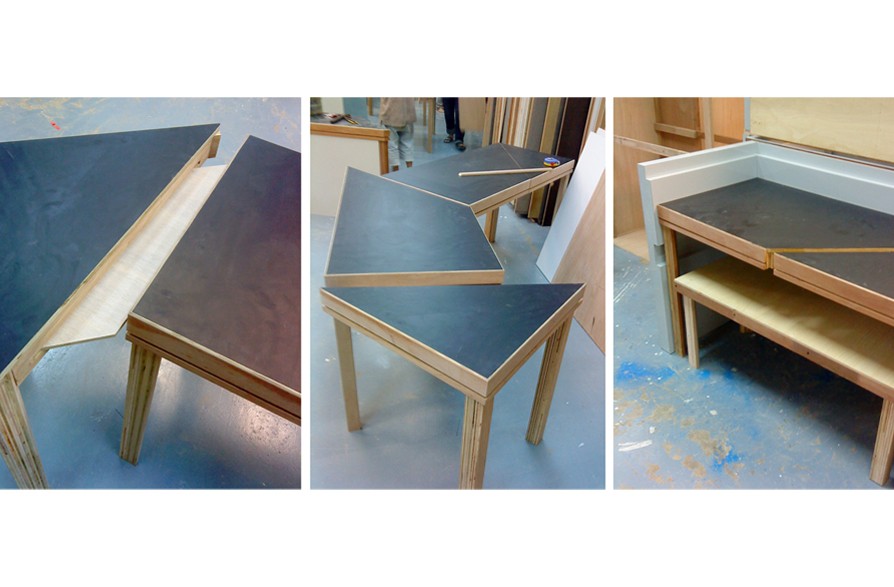 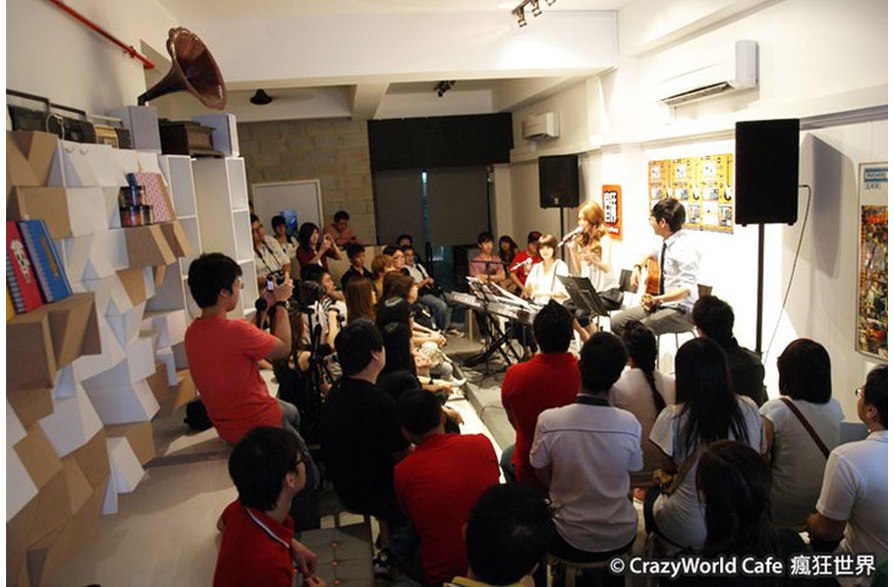 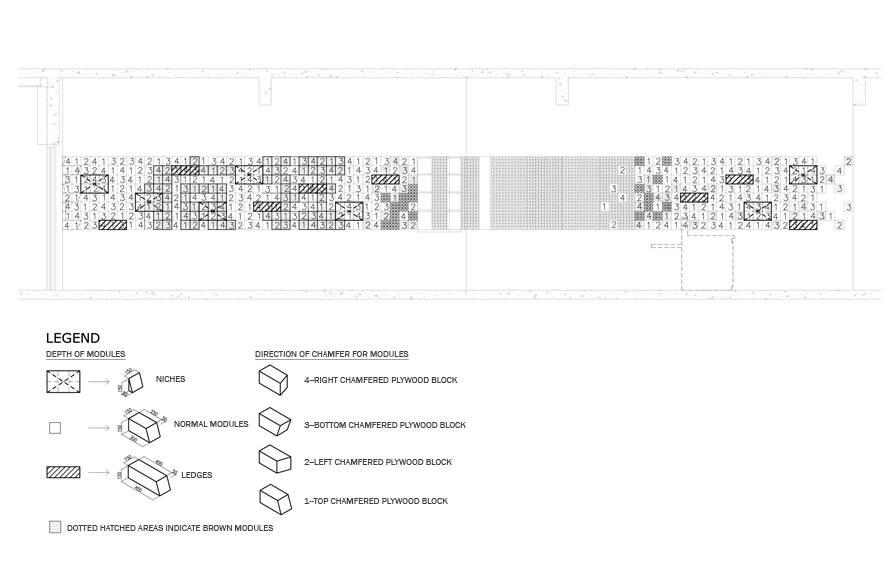 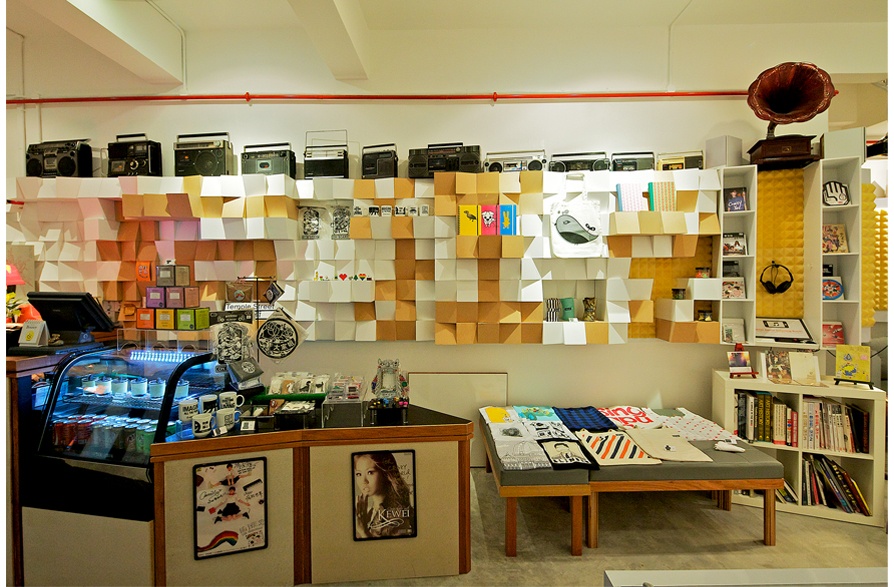 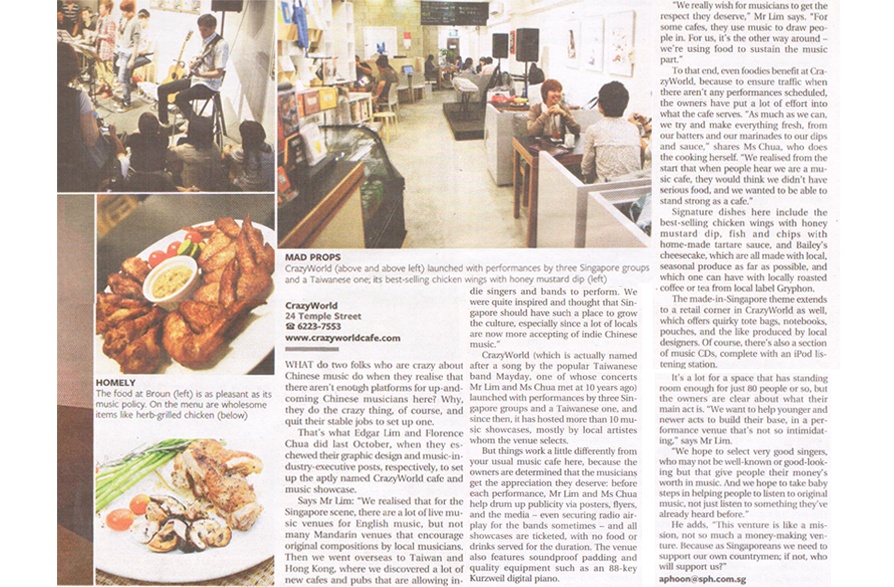 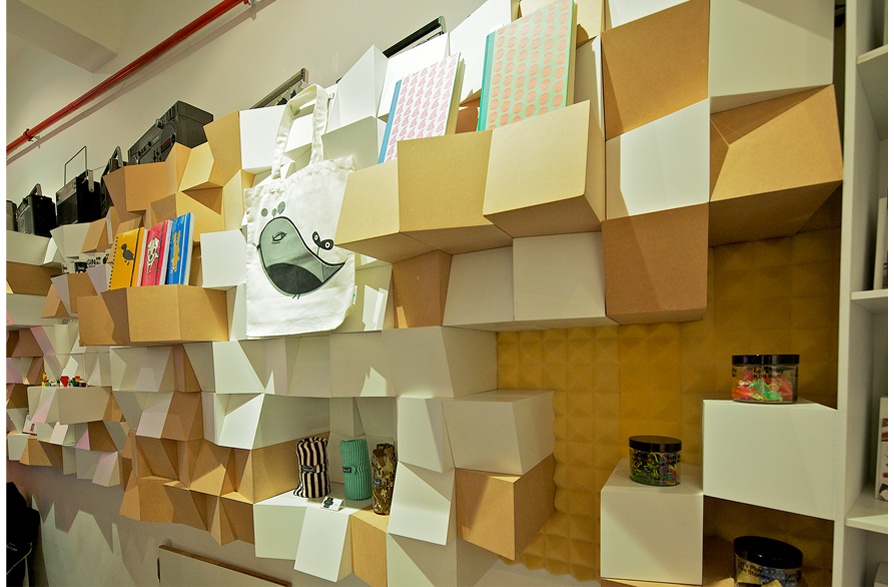 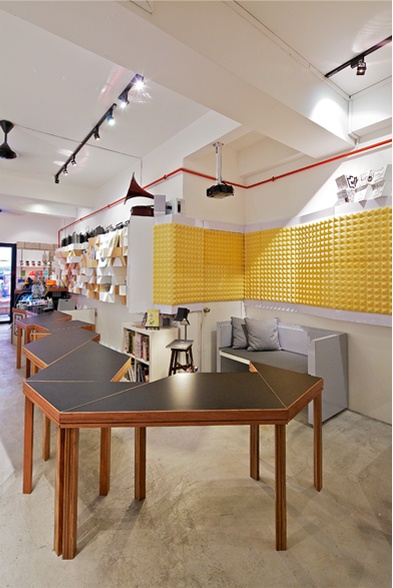